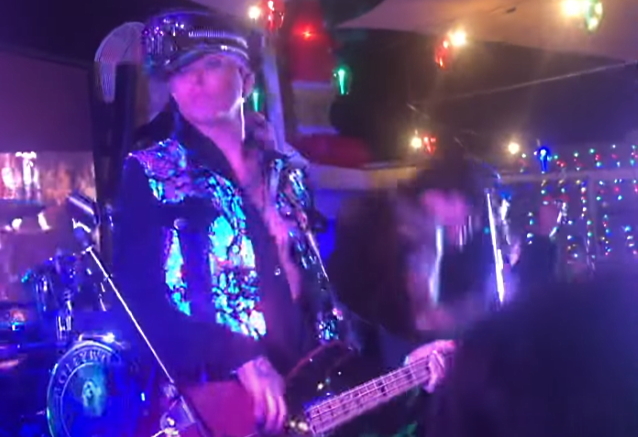 HOLLYWOOD GODS N' MONSTERS, the new band featuring former STEEL PANTHER bassist Travis Haley (a.k.a. Lexxi Foxx) and longtime friend and television celebrity from MTV's "Pimp My Ride", Diggity Dave, made its live debut this past Friday, December 10 at Boondocks Patio & Grill in Scottsdale, Arizona. Photos and fan-filmed video of the concert can be seen below.

After the show, HOLLYWOOD GODS N' MONSTERS shared a few photos of the gig and wrote in an accompanying message: "First show in the bag....completely sold out and hundreds of people turned away because it was at capacity an hour before we even went on. Thank you for the support...we promise you it does not fall on deaf ears nor blind hearts. #HGNM #Smashup#Getfu*kinsmashed#band#hollywood #concert #livemusic".

HOLLYWOOD GODS N' MONSTERS has enlisted a rapper named Hype (a.k.a. H.M.K.) who is a phenom in the world of not just rap but also as a vocalist. Hype, who released a single titled "Money & Power", was already a bullet on the rise in the musical scene when he was brought into the fold with HGNM. Hype says: "I knew this was a great opportunity to represent legends past and present from all genres of music, while also transforming music for a new generation. It was a no-brainer to team up with these rockstars and 'Define My Hype' to the world."

Thanks to everyone that showed up last night for Hollywood Gods n Monsters Toys for Tots drive last night at Boondocks! How insanely amazing was that show?! Get ready because this is only the beginning! 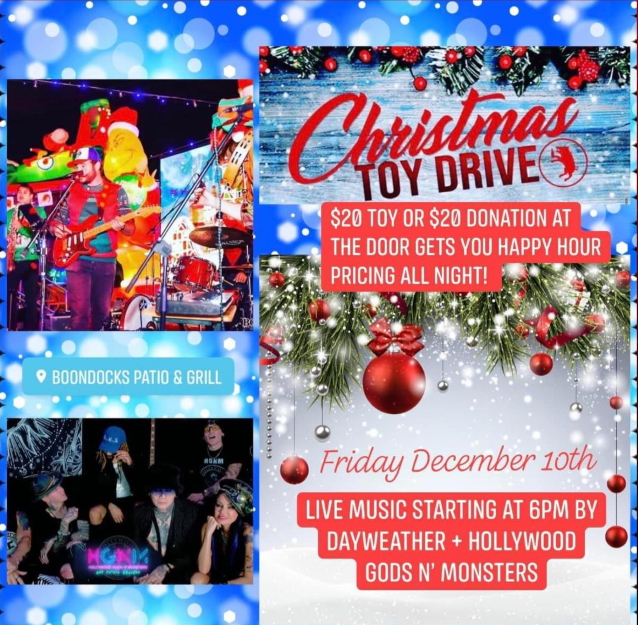