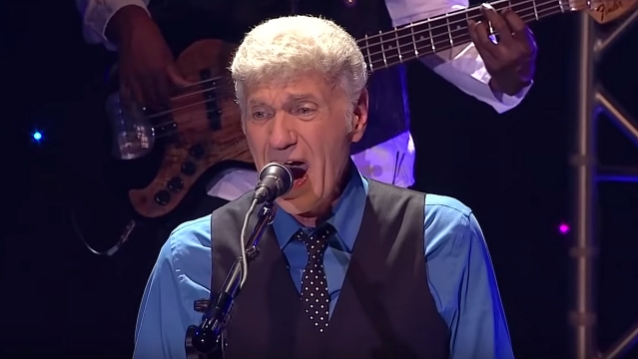 Ex-STYX Frontman DENNIS DEYOUNG: 'Politically, I Am The Guy Who Is Sick And Tired Of The Extremes'

In a new interview with Rolling Stone, former STYX frontman Dennis DeYoung was asked if he is a Donald Trump supporter. The 72-year-old singer responded: "No! No! Are you kidding me? I voted for Obama. Imagine that! I listened to what he said. I've voted for Republicans and Democrats all my life. I try to judge the man or the woman knowing full well that as a collective we're imbeciles. To look at these individuals and think they've got the answer — they're morons just like you and me and making it up as they go along. Everybody, wake up! These people are not saviors. They are humans.

"In the last election, I couldn't vote. I just couldn't. I wanted to, but I couldn't vote for either of them for obvious reasons. Politically, I am the guy who is sick and tired of the extremes who have suddenly started running our country. I don't want these people. I want them to try and come to … dare I say middle ground? And I'm pissed at these people like Rush Limbaugh and Sean Hannity. Both sides now claim that neither side has ever had a good idea ever, which we know is historically untrue.

"Look, liberals imagine the world the way it should be, not the way it's gonna be or the way it is. I applaud that. Without liberal thought, we're lost. I believe that. But when you ask me, it's not a level playing field. The left screams about Fox. Do you know whey they're so successful? The same way Neil Diamond and Barry Manilow were so successful. Not a lot of options for those people! It's not like me. I'm competing against 10,000 bands just like me. When Fox came out, you can't beat them because there's only one."

DeYoung will release his new album, "26 East: Volume 1", on April 10 via Frontiers Music Srl. The 10-song LP will feature the duet "To The Good Old Days" with Julian Lennon.