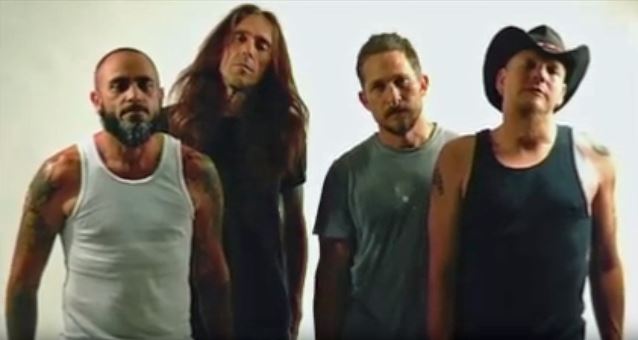 TRINITY FALLEN recently recorded demo containg three songs, including "Apache Skies", which can be previewed below.

In an interview with Germany's Rock Hard magazine, TESTAMENT guitarist Eric Peterson stated about Christian's January 2014 exit from the band: "Well, you know, I'll just say this… Greg, basically, I think, was basically struggling in his mind with what he was doing. And he just seemed very unhappy on tour, and he has a lot of different reasons; he can only describe that. But he just seemed very unhappy, and we just let him go. Like, 'Okay, you're unhappy. Then go.' 'Cause it was a lot of tours where he was unhappy. That's all I can really say about that."

While speaking to 100PercentRock.com, TESTAMENT singer Chuck Billy offered a slightly different take on what happened to cause Christian's departure from the band. He said: "Well, I think Greg, he informed us that he wasn't going to be participating on the new record release and that was his last tour with us. We knew we had Australia coming up, so, of course, Steve DiGiorgio was probably one of the first ones to come to mind. He did 'The Gathering' record with us and we enjoyed that whole cycle of touring, so he was definitely, probably, our first choice. We didn't want to go through auditions and do all that. We just knew that he was here, and he could do it, and it was killer." 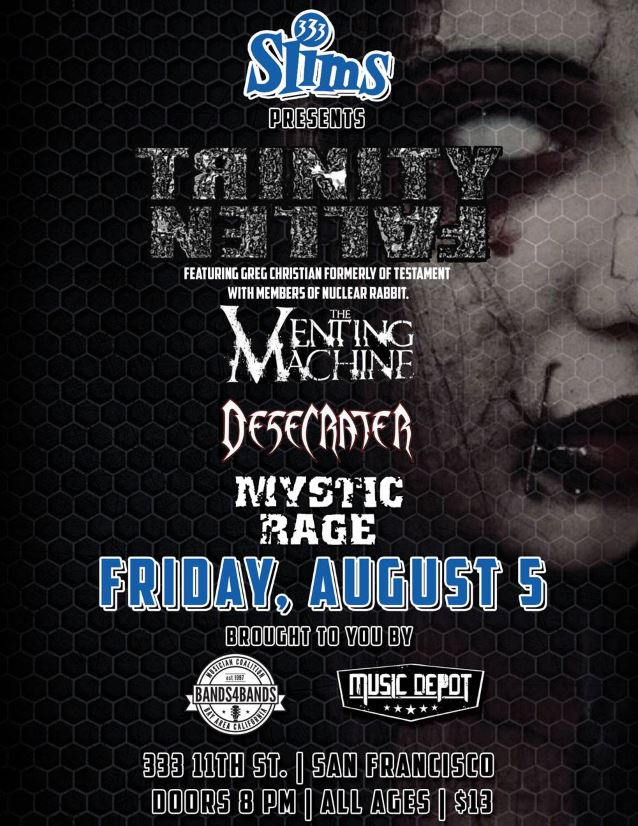