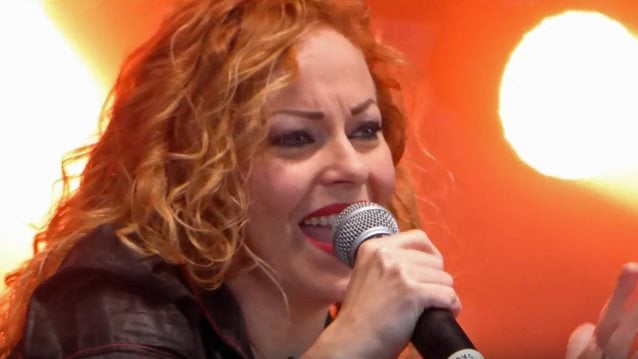 Fan-filmed video footage of VUUR, the new band featuring renowned Dutch vocalist Anneke Van Giersbergen, performing at the 20th-anniversary edition of the Tuska festival, which took place June 30 - July 2 in Helsinki, Finland, can be seen below.

VUUR's debut album, "In This Moment We Are Free - Cities", will be released on October 20 via InsideOut Music.

In December 2016, Anneke announced the formation of a brand new band under the name of VUUR, created as a vehicle for the heavy progressive metal side of her career.

Anneke commented: "For a long time, I've wanted to make a kind of concept album about the cities we've visited, because we tour so much and see so many countries and cities. I often have a strong feeling for a city. It can be anything — sometimes I visualize a city as a man or a character, or sometimes something happened in that city and I want to write about that."

In early 2016, Anneke decided for the sake of clarity to narrow her musical focus, choosing to go in a folk acoustic direction as a solo artist and in a heavy progressive metal direction as a band vocalist. The name VUUR — translated from Dutch as "fire", which can also be interpreted to mean "passion" or "drive" — was chosen as a moniker to represent Anneke's metal side, with the idea that when fans buy a ticket with the VUUR name on it they will be getting her heavy progressive music, while an Anneke Van Giersbergen show will be entirely different.

"It's like I'm searching for contradictions," Anneke said of splitting her focus in two. "I want the heavy to be really heavy, and the soft acoustic stuff that I can do can be almost silent and inward. I'm trying to find those outer limits. I'm still writing and collaborating with different people, so VUUR's style is still kind of different from THE GATHERING and THE GENTLE STORM. You could say VUUR's music has the melancholy of THE GATHERING and lots of elements from THE GENTLE STORM, but it's a bit darker with fewer folk elements. It's still melodic and warm, but heavy."

The band shares some members with THE GENTLE STORM live band, and you can find the full lineup below:

Anneke commented: "The band has a different name, because the music will be slightly different from THE GENTLE STORM, but most band members are still involved and the music will be heavy too, so in that perspective not a lot will change, especially in the live situation. I think people will really embrace VUUR as a live band because there are nothing but stars in this band. [Laughs] They're some of the best heavy metal players in Holland so I didn't want to let them go." 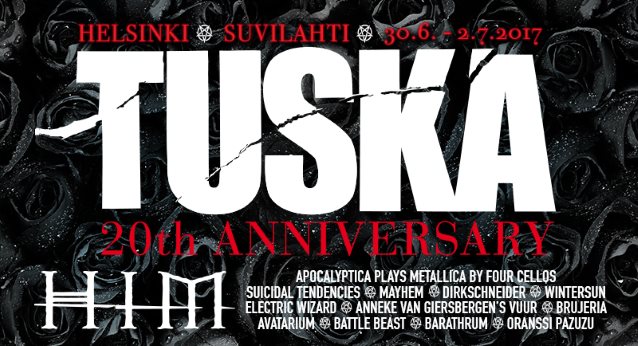