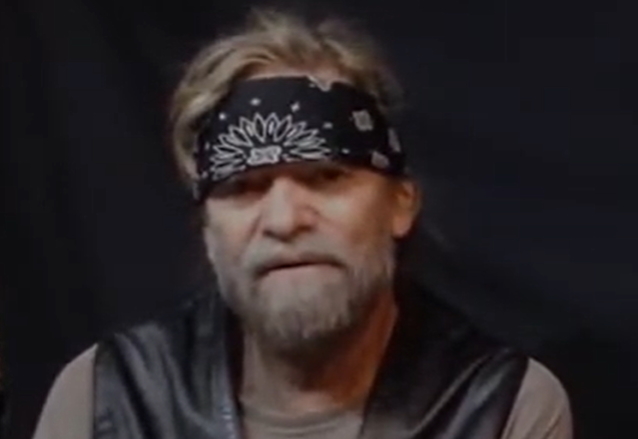 Former W.A.S.P. guitarist Chris Holmes, who recently completed seven weeks of radiation therapy in his battle with cancer in throat and neck, was asked in a new interview with Canada's The Metal Voice if he has heard from W.A.S.P. leader Blackie Lawless since his diagnosis. He said: "Blackie could have helped to pay for some of my treatment, but [he didn't]. But Nikki Sixx [MÖTLEY CRÜE] did. He gave me a lot of money. He was the first one; he forked over 500 bucks, and I love the guy for it. Thank you, Nikki. I love him for that."

This past July, Holmes said that he was told by his doctor that he was cancer free. At the time he noted, "I'm glad the kind of cancer I had is treatable. A lot of cancer isn't." But he added that he was "still suffering from all the radiation that was done to my neck… It'll probably take six months from right now till my neck's back to normal."

"W.A.S.P. never played any shows until I was in the band, so where does a band start — when they record or when they do their first show?" he continued. "I came in before the first show, and it was 'one for all, all for one.' But then when money came into it and fame, people changed — they change real bad. And I never changed. I don't change. I haven't changed the way I think, the way I am. I'm not gonna change. I am what I am."

In October 2020, Chris said that he would never consider returning to W.A.S.P. unless Lawless agreed to pay him the publishing royalties that he allegedly owes him. He told The Metal Voice: "A lot of people think I made money from W.A.S.P. I've never gotten my royalties, or even my songwriting. All the stuff that I wrote, I've never gotten paid one penny. And you know whose fault it is? It's my my fault for not knowing the business, how it is. I trusted somebody.