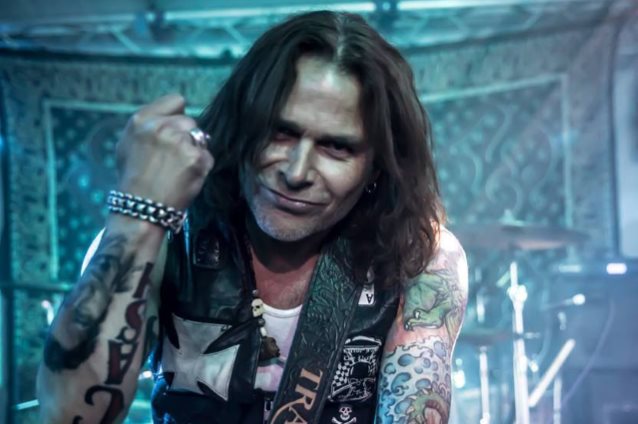 2016 has already been a very eventful year for the Danish rock 'n' roll legend Mike Tramp. Following up on the succes with the album "Nomad" and extensive touring in 2015, Tramp won an award for the "Best Classic Rock Album" in his home country.

This summer he's doing Danish festivals along with his young band LUCER and it all culminates in a return to the Sweden Rock Festival on Wednesday, June 8.

It has been forty years since Tramp first stepped on stage as a very young lad, and the career up until now has been a show of force in the many different faces of rock 'n' roll, as frontman of WHITE LION and FREAK OF NATURE — followed by a glorious solo career for more than 25 years.

The anniversary is being celebrated with three sold-out shows on June 16, June 17 and June 18 at Zeppelin Rock Bar in Vesterbro, Copenhagen — where Tramp grew up and started his musical career. In August and September, he will once again embark on a massive solo tour throughout USA to mark his forty years.

Mike in February 2015 once again squashed any rumors of a WHITE LION reunion, claiming guitarist Vito Bratta had no desire to play music.