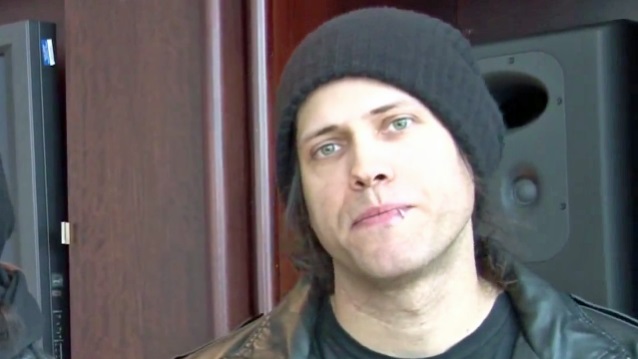 During an interview with SiriusXM's Jose Mangin on this past Wednesday night's (December 17) edition of Liquid Metal's "666-LIVE" call-in show, Broderick stated about how his new group came together: "Through talking with Shawn Drover, we've talked about how we had all this material that was never gonna get released, all these killer, heavy riffs that we had written and stuff, and so we just decided, 'Hey, why don't we put the stuff out? Why don't we form a band and get out these killer riffs, just to see what people think?' So we formed a band, we're working with a killer singer — he's awesome — and we've got record labels that have made some good offers on the table, and we're really excited about where that's gonna go."