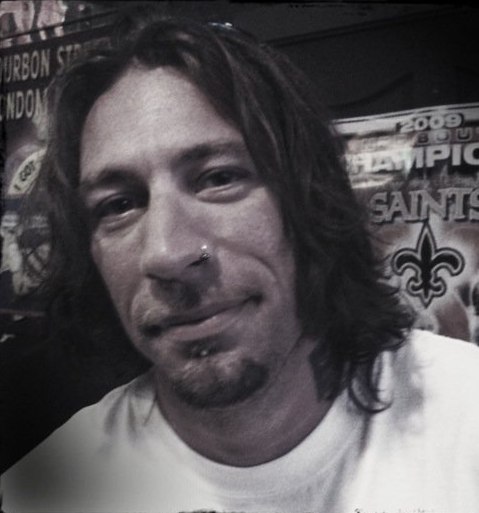 Legendary New Orleans metallers EXHORDER will celebrate the life of their recently deceased bassist, Frankie Sparcello, on Sunday, April 3 between 3:00 p.m. and 7:00 p.m. at The Hangar in New Orleans. The band states, "Family, friends and fans of Frankie's music are all welcome to join in reminiscing about our departed friend over music, food and drinks."

On March 23, EXHORDER released the following statement to BLABBERMOUTH.NET:

"On March 22, 2011, Frankie Sparcello, our brother, friend and bassist sadly passed on from us. His sense of humor and gentle soul that touched so many will always be missing from us in our lives and on the stage we are honored to have shared with such a talented musician.

"In situations that were low for us as a band, Frankie usually managed to lift us from the darkness with his silly spirit. His ferocious bass playing and stage presence will always be revered.

"The outreach from family, friends and fans has been amazing for us and the extended EXHORDER family. People are coming from out of the woodworks to lend us their support, love and general kindness.

"Beneath the top layers of we that are known as EXHORDER are real, quality human beings that care deeply for one another and the ones we each call family or friend.

"EXHORDER also extends big arms to Frankie's family, and we consider you exactly that — family.

"Thank you again deeply from the bottom of our heavy hearts.

Sparcello joined EXHORDER prior to the recording sessions for the band's sophomore album, "The Law", which came out in 1992. The group broke up a short time later and reformed with its original lineup a few years later. Sparcello rejoined EXHORDER in 2009 and was scheduled to perform with the band at this year's Maryland Deathfest IX, which is set to take place May 26-29, 2011 at Sonar in Baltimore.

EXHORDER played the first concert with its new drummer Seth Davis on December 10, 2010 at The Hangar in the band's hometown. Video footage of the performance can be viewed below.