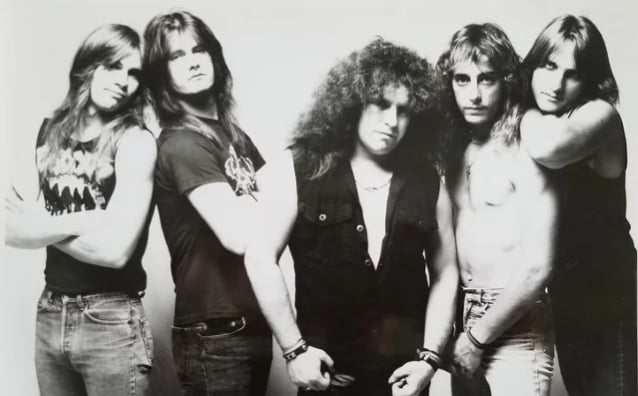 EXODUS's "Bonded By Blood" guitar book is now available for pre-order. The book features guitar tab and notation for all nine songs from the 1985 EXODUS album release. All songs were transcribed note for note from the original recordings by EXODUS touring guitarist Kragen Lum (also of HEATHEN) and Ernie Ball's "Match The Master" award winner Evan Bradley.

Learn how to play the songs exactly as the band plays them with these 100% accurate transcriptions. Presented in a two-guitar format so you can learn to play every riff and solo just as Gary Holt and Rick Hunolt played them on the album. 170 pages. Shipping begins January 15. The digital copy is available for immediate download.

EXODUS gained huge notoriety in the international underground scene as a result of the tape-trading community. Their dynamic guitar riffing, adrenaline-inducing drum work, and bloodied live shows made all the difference in the band's mission to take Bay Area thrash to a worldwide audience. The immortal, must-have, thrash classic "Bonded By Blood" was released in 1985 via Torrid Records (then re-released in 1986 on Combat Records),and inspired the likes of TESTAMENT, DEATH ANGEL, VIO-LENCE and many others. To this day "Bonded By Blood" is inspiring a whole new breed of thrash metal.

EXODUS's controversial re-recording of "Bonded By Blood", "Let There Be Blood", was issued in October 2008 through Zaentz Records. At the time, Holt stated about the band's decision to revisit "Bonded By Blood" with then-EXODUS-vocalist Rob Dukes: "It is our way of paying homage to [former EXODUS singer] Paul Baloff by showing how relevant these songs we had written together still are. We aren't trying to replace the original; that's impossible anyway. We are just giving these songs the benefit of modern production. It's something we talked about before Paul's death and it's always been important to us to do. We were super-excited about entering the studio once again to record these classics."

It was nearly two decades ago — on January 31, 2002 — that Baloff suffered a major stroke and was brought to Highland General Hospital in Northern California, where he remained in a coma until he was declared brain dead. On February 2, 2002, his doctors shut off his life support, leaving him to die in his sleep. He had no previous known health problems, and the stroke was a complete surprise to everyone around him. 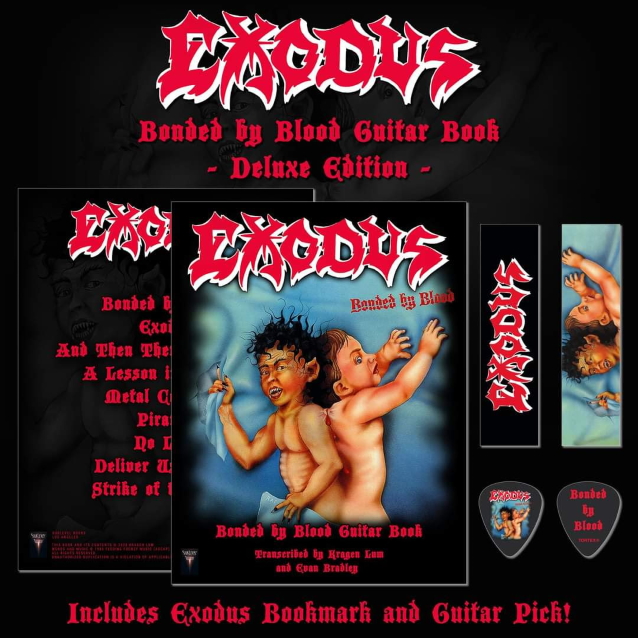