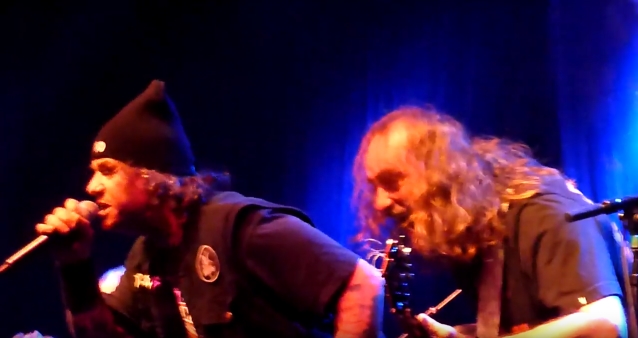 Longtime EXODUS fans will recall that Hunolt — the other half of the famed EXODUS "H-Team" who is on every studio recording from 1985 through 2004 and co-wrote some of the band's best-known songs such as "A Lesson In Violence" and "Deliver Us To Evil" — left EXODUS after the band's highly acclaimed 2004 reunion album, "Tempo Of The Damned". "Murder In The Front Row", the photo book documenting the pinnacle of the Bay Area thrash scene, aptly documents Hunolt's tenure in the band.