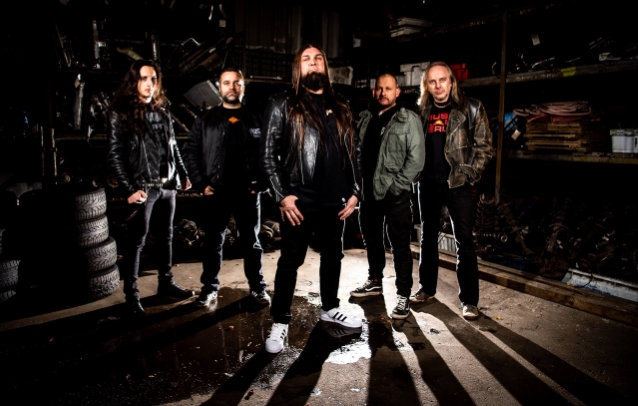 BONDED is in the process of recording five new songs for a late 2019 release.

The official music video for a demo version of the track "God Given" can be seen below.

BONDED will headline the fourth edition of the Thrash Speed Burn festival on January 17, 2020 in Oberhausen, Germany. Also appearing on the bill are POLTERGEIST, STALLION, FIREFORCE and CORPORAL SHRED.

SODOM bassist/vocalist Thomas "Angelripper" Such fired Kost and Freiwald in January 2018, explaining in a social media post that he wanted "to start all over again with fresh and hungry musicians." Kost and Freiwald later released a joint statement claiming that they were dismissed from the band by Tom via messaging platform WhatsApp even before Tom had a chance to hear any of the material the duo had been working on for the group's next album.