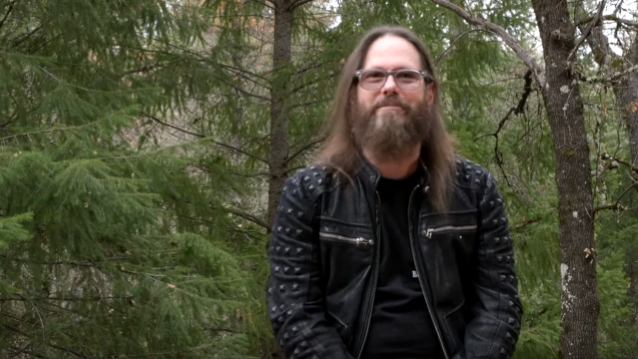 San Francisco Bay Area thrash metal veterans EXODUS will release their new album, "Persona Non Grata", on November 19 via Nuclear Blast Records. A new one-minute video in which guitarist Gary Holt talks about the recording process for the disc's first single, "The Beatings Will Continue (Until Morale Improves)", can be seen below.

Last week, EXODUS tapped John Tempesta to play drums for the band at Psycho Las Vegas on August 22 in Las Vegas, Nevada and at Full Terror Assault on September 11 at Hogrock Campground in Cave In Rock, Illinois — while Hunting is recovering from surgery. Tempesta was a member of EXODUS from 1989 until 1993 and played on the band's albums "Impact Is Imminent" (1990) and "Force Of Habit" (1992).