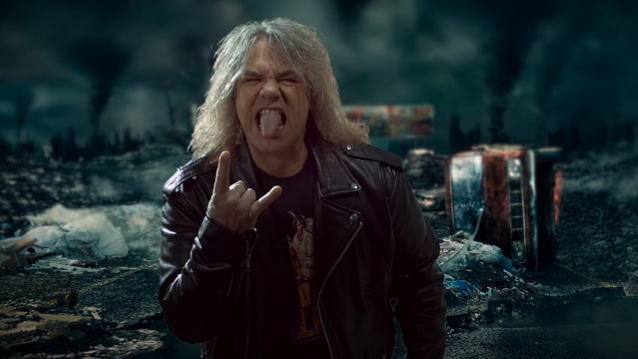 "In 1985, I remember, I [was] 21 years old," he continued. "I just finished the LEGACY [Zetro's pre-EXODUS band, later renamed TESTAMENT] demo. I had a guy, a very good friend of mine, and I remember the conversation fucking vividly. And he said, 'Do you ever think METALLICA will ever have a Number One record?' And I said, 'Of course I do.' And he was trying to rip me apart, going, 'It'll never happen.' And I said, 'I'm gonna tell you something' — and this is 1985 — 'as society gets heavier, so will the music.' And look, here we are — 35, 36 years later, and who's the biggest band [in the world]? Not just the biggest thrash band in the world — the biggest fucking band in the world."

EXODUS's new album, "Persona Non Grata", will be released this summer via Nuclear Blast. It will be the follow-up to 2014's "Blood In Blood Out", which was the San Francisco Bay Area thrashers' first release since the departure of the group's lead singer of nine years, Rob Dukes, and the return of Souza, who previously fronted EXODUS from 1986 to 1993 and from 2002 to 2004.