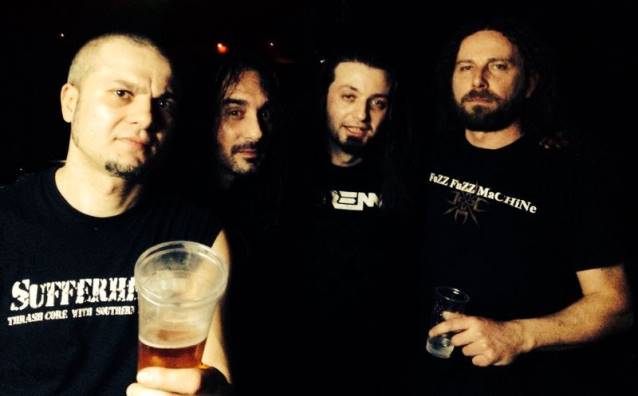 Paolo's decision to leave EXTREMA is strictly personal and he remains close friends with his former bandmates. He had expressed a wish to leave the group shortly before the last November/December's European tour due to problems with his goal of becoming a full-time drum teacher.

Francesco made his live debut with EXTREMA on February 7 at the Extenzia Rock Club in the town of Prato.

In other news, EXTREMA has been confirmed for this year's Rock In Idro festival in Bologna, Italy. They will perform on June 1 alongside IRON MAIDEN, ALTER BRIDGE, BLACK STONE and HAWK EYE.

Comments EXTREMA guitarist Tommy Massara: "It's like a dream become reality to finally perform on the same stage as IRON MAIDEN, who we have met a few times over the years but always ended up performing either the day before or the day after; for example, Gods Of Metal 2005 or at the Heineken Festival 2007 where we played on the same day but on a different stage, only this time our amps will be linked with theirs. It's also a true honor to be the only Italian band on that day's lineup."

EXTREMA's latest album, "The Seed Of Foolishness", was released on May 21, 2013 via Scarlet Records.