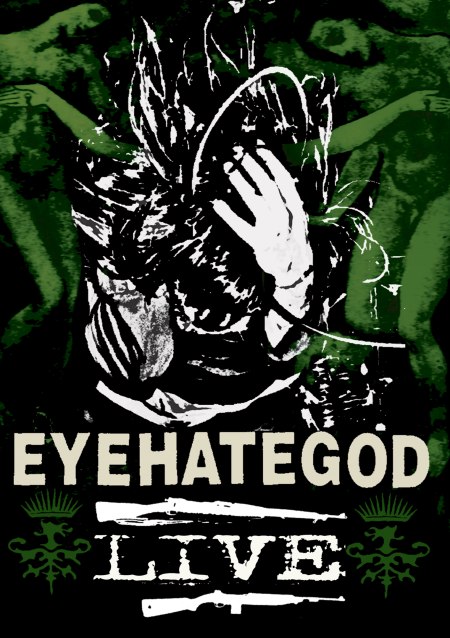 Said bassist Gary Mader: "Finally, after years of OK bootlegs and a self-released DVD from the Tokyo show in 2002, an official release documenting the blood, sweat, beer and broken glass that fans have come to expect/accept from an EYEHATEGOD show!"

* Intro/Feedback
* Story Of The Eye
* Jackass In The Will Of God
* Take As Needed For Pain
* Sister Fucker
* Dixie Whiskey
* White N.gger
* Depress
* Lack Of Almost Everything
* Masters Of Legalized Confusion
* Pigs
* Methampthetamine
* Blank
* $30 Bag
...

EYEHATEGOD will kick off another bout of live depravity this Saturday in Seattle, Washington at El Corazon. The performance will coincide with the club's six-year anniversary and is sure to prove physically and mentally scathing. From there, the band will head back home to prepare for another seven-date assault with MISERY INDEX that will hit Philadelphia, Baltimore, Brooklyn, Syracuse, Boston and Milford before coming to a climactic close on their home turf February 25 for a special Mardi Gras show with guests, crust/grind legends PHOBIA and Texas newcomers VENOMOUS MAXIMUS.