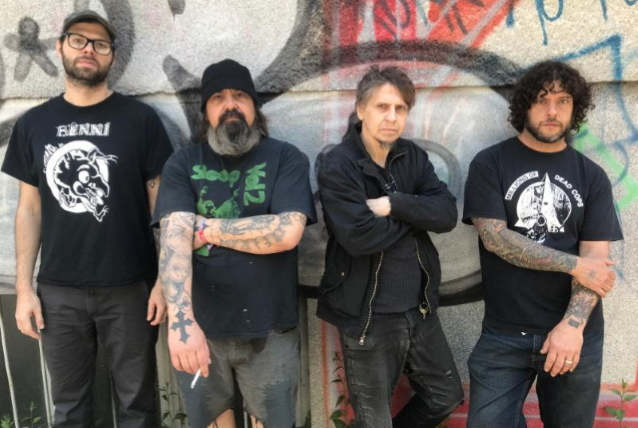 During an appearance on a recent episode of the "Rock & Roll Beer Guy" podcast, EYEHATEGOD frontman Mike "IX" Williams spoke about how he is dealing with the coronavirus crisis. He said (hear audio below): "EYEHATEGOD was gonna take this time off anyway," Mike said. "We'd been touring for, like, three years straight, basically, and we were gonna take the rest of this year off. 'Cause I have vocals to do for the new record, and this was supposed to be the time to do that. But now the studios are closed, and it's been really hard to figure all that out. But it will get done hopefully sooner than later."

This past March, EYEHATEGOD scrapped the last three shows of its European tour due to the COVID-19 pandemic. The band later blamed "bumbling dolt" Donald Trump for announcing a ban on travel to the U.S. from 26 European countries, which caused chaos at European airports as Americans, fearing being caught up in the ban, attempted to travel home early.