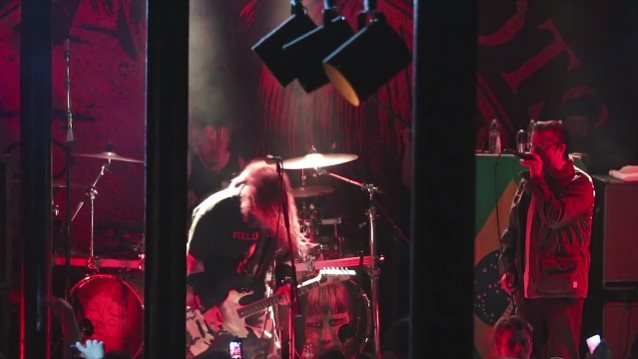 Max and Igor are at the tail end of the second leg of the "Return To Roots" North American tour during which they are celebrating the twentieth anniversary of SEPULTURA's classic album "Roots" by performing the LP in its entirety.

The studio version of "Lookaway" featured Patton as a guest, along with KORN's Jonathan Davis.

During an interview with ARTISTdirect, Max recalled working with Patton and Davis on the "Lookaway" sessions. He said: "Mike Patton was on the song, and Jonathan's a huge FAITH NO MORE fan. He was actually freaking out that Patton was there. He was really nervous, which was actually kind of funny. He kept chewing on his hair the whole time he was in the studio. Ross Robinson teased him at one point and told him to calm down. [Laughs]" 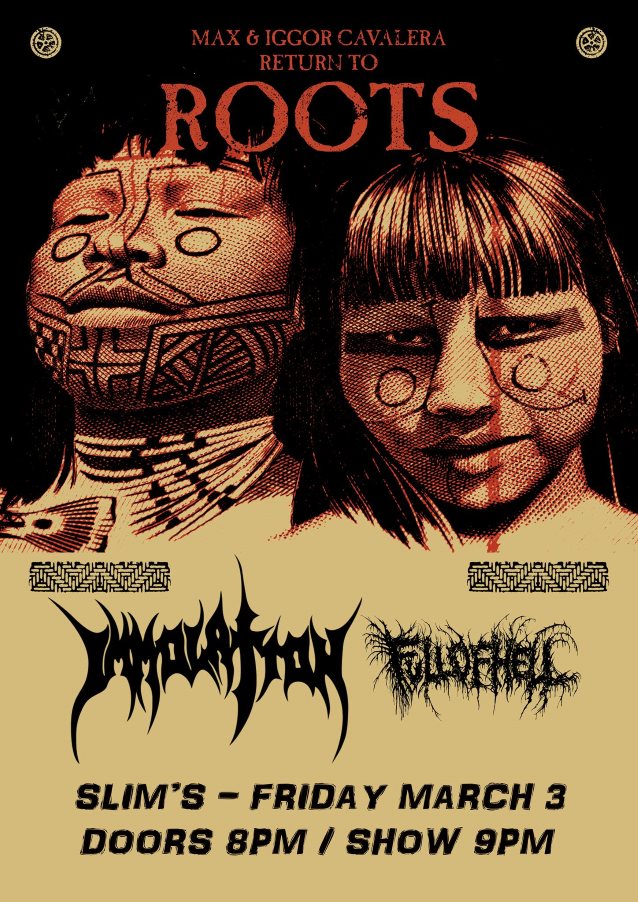