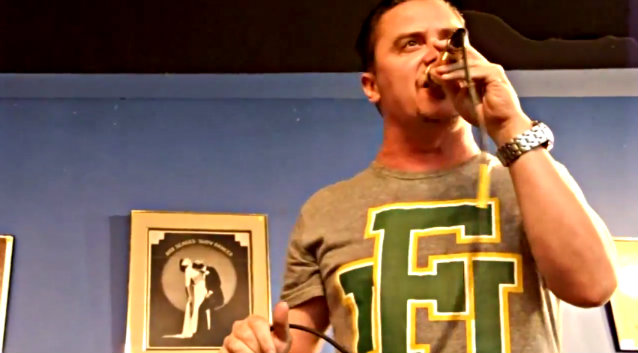 FAITH NO MORE played a surprise set at Amoeba Records in San Francisco, California on Friday, November 28 in honor of Record Store Day's Black Friday event and the release of the band's "Motherfucker" single. Fan-filmed video footage of the performance can be seen below.

"Motherfucker" is the first new music to come from the influential alt-metal act since 1997's "Album Of The Year".

"It feels apt that the first track we're releasing is 'Motherfucker', a song about accountability," explained FAITH NO MORE's Roddy Bottum. "Basically we've created, recorded and mixed a new body of work by ourselves and we're releasing it on our own label. It's a huge deal for us to only have ourselves to answer to at this point in our career and the song is about that, where the buck stops via the basic imagery of foie gras production, bondage… y'know, stuff like that."

"Motherfucker" will be available as a digital release on December 9. The B-side of the physical release is a remix of the track by JG Thirlwell.

FAITH NO MORE, which reunited in 2009 for a series of sold-out performances and international festivals, will release its new full-length album in April 2015. The as-yet-untitled CD was recorded in an Oakland, California studio with bassist Bill Gould handling production. The release will be the first from FAITH NO MORE's newly formed imprint Reclamation Recordings, which will be distributed by Ipecac Recordings.

"It'll be much different than everything else out there — but that's sort of the point," Gould told Revolver magazine. "It's a combination of what we don't hear in the outside world and what we feel is lacking from other bands. And in the end, it will sound like FAITH NO MORE."

Among the songs set to appear on the CD is "Matador", which was written in early 2012 and first performed by FAITH NO MORE in concert that summer.

"Parts of it remind me of the first SIOUXSIE AND THE BANSHEES album," Gould told Revolver. "We used real pianos and that brings this organic quality to it to the music."

Prior to the new album's release, FAITH NO MORE will headline Australia's Soundwave festival in February 2015. 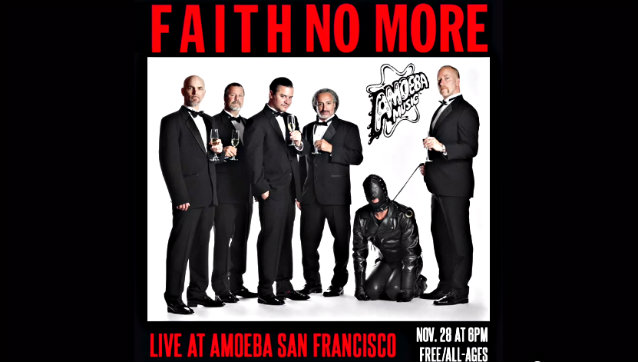