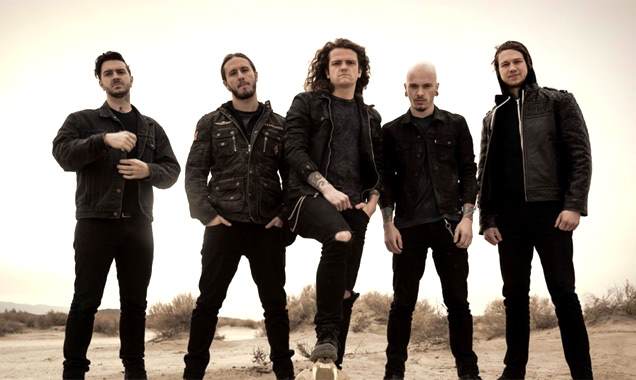 **UPDATE**: The Webster Hall told Brooklyn Vegan that "the patron in question did not die while stage diving. The patron collapsed while exiting the venue, as video footage and the police corroborate."

A fan reportedly died after the crowd failed to catch him when he dove from the stage during MISS MAY I's concert last night (Saturday, May 3) at The Studio at Webster Hall in New York City. The fan, who has been identified by music journalism and freelance designing web site Sinestra Studios as 21-year-old Alberto Scott, suffered major head injuries and was transported to a nearby hospital where he died. Jenise Ramos Sarraga, who allegedly knew Scott through her daughter, has created a site to raise funds for the young man's funeral expenses, according to Billboard.com.

MISS MAY I has posted the following message to Facebook: "Hey everyone, we are aware of the incident that occurred at Webster Hall last night and will be posting a statement shortly. However, we are awaiting further information regarding the situation before we are able to make a full statement."

A photo of Alberto with MISS MAY I frontman Levi Benton can be seen below.

Post by Miss May I.
Find more on Miss may i