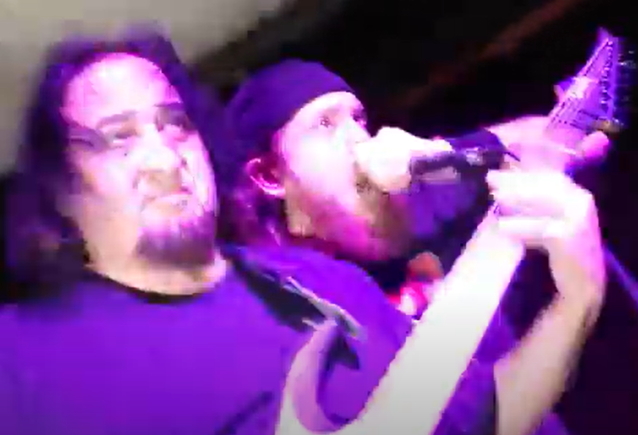 Dino Cazares (FEAR FACTORY) and Bobby Hambel (BIOHAZARD) are among the guest musicians who joined Jamey Jasta (HATEBREED) on stage last night (Friday, September 16) at Metalworx Live in Orlando, Florida to perform an all-star set. Fan-filmed video of the concert can be seen below.

As founder and frontman for Grammy-nominated monoliths HATEBREED alongside his countless collaborations, Jasta's reputation extends worldwide and well beyond music. From stints as the three-year host of MTV's "Headbangers Ball" to his own popular podcast, the 2014-launched "The Jasta Show", he has become synonymous with both heavy music and hardcore culture. He remains the leading voice of the scene and amongst his peers.

In a 2020 interview with Forbes, Jasta was asked if he considers HATEBREED somewhat of a "legacy" act at this point, considering he and his bandmates have been in existence over 25 years old and have released eight albums so far. "We look at it more as like we're just a new band, like I always feel like you just rearrange it and you just start fresh," he responded. "Like you look at everything as if you're just starting out, and I think that's been something that has worked for us.

"I bring this up a lot when I'm asked about the longevity of the band or when I'm asked about the early days. When nu metal was exploding, for hardcore kids, punk rockers, and elitists that didn't like nu metal, I would ask them, 'What do you not like about it?' And they'd say, 'All the kids, they wear the same clothes. I don't like the rap-rock,' and I'd go, 'So what. You think that you're better than them? Like why?' 'Well, no, it's just not my thing.' Okay but why? And they could never really answer. I thought that's the exact sort of limiting mindset that 'you think you're better than someone' and I don't want to apply that to the band.nI want the band to be inclusionary like in a sense where even now I don't want that feeling, like I don't want one group saying 'don't play for this audience,' and I don't want another group saying, 'You're this legacy band so you can only play with these bands.' That was something that we talked about for our 25th-anniversary tour. It was, like, 'Oh, you can't use this 'we're a new band' type of thing, because if you take out all the new bands then the bands that helped you get to where you are now are going to be bummed.' And at the end of the day, we were, like, 'Okay, you know what? Let's do the legacy bill. Let's take out CRO-MAGS, let's take out OBITUARY,' two bands that kicked down doors for us to walk through.

"So coming off that tour, that's a lot of pressure because of the legacy bill. In one way it's like how do you top that, we did the biggest venues and in Connecticut alone we sold out a venue double the size of the normal venue, so you want to honor the legacy but then you also want to look at it like this, why are we going to go on a world tour in arenas for PARKWAY DRIVE? It's not because we're a legacy band; it's because we're relevant. I mean, obviously those headlining numbers help, but there's power in numbers and I think sometimes we overanalyze who's part of what scene and, really, when we come together, it's more abundant for everyone." 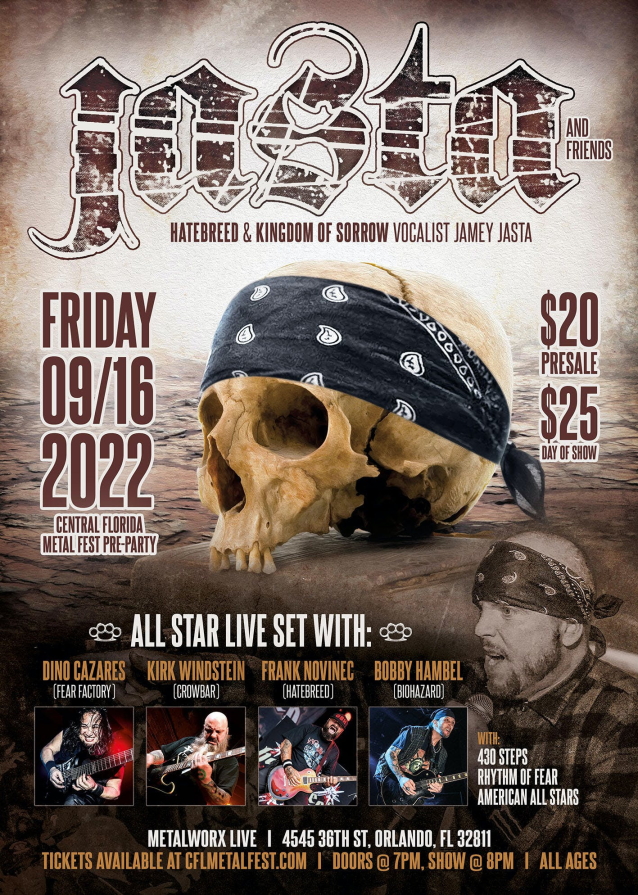