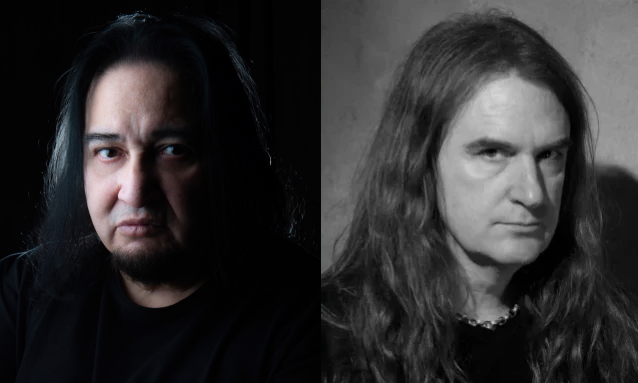 FEAR FACTORY guitarist Dino Cazares has weighed in on David Ellefson's dismissal from MEGADETH, saying "some stuff" was likely "going on behind the scenes that we just don't know about."

When Jam Man opined that it's "not fair at all" that Ellefson lost his MEGADETH gig over allegations of sexual misconduct, Dino said (as transcribed by BLABBERMOUTH.NET): "Well, we don't really know what his relationship is with [MEGADETH leader] Dave Mustaine. I know that there's been a lot of water under the bridge with those guys; I know they've had some turmoil issues that were going on. So, who knows? Who really knows? I don't know. If it's just based on what happened, then I would say it's unfair. But I'm sure there's stuff behind the scenes that we don't know that's going on… As Dave [Mustaine] stated in the press release [announcing Ellefson's exit], he said it was a 'strained relationship,' so, obviously, some stuff was going on behind the scenes that we just don't know about."

Dino also offered his opinion on the so-called cancel culture — where public figures are torn down after publicly judged for transgressions, perceived or real. He said: "We're in a whole new era now [where] everybody's ready to destroy you and destroy your career without even giving anybody a second chance or without even actually finding out the truth. So, it's unfortunate that's where we're at these days."