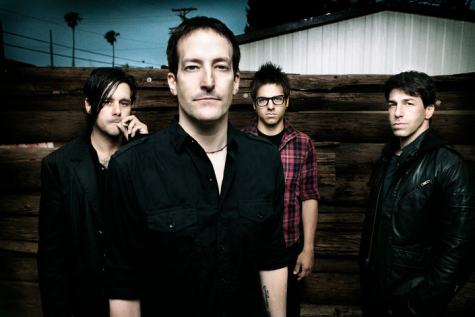 FILTER To Enter Studio In April

FILTER mainman Richard Patrick was the featured guest on a recent edition of the "All Knowing Force" web-based interview show. The chat is now available for streaming using the audio player below. During the interview, Patrick revealed that FILTER will be returning to the studio on April 1 with producer Bob Marlette (BLACK SABBATH, ATREYU, SALIVA) to begin recording the band's new album, "Gurney And The Burning Books", for a fall release. Much of the material for the CD was co-written with current FILTER guitarist Jonny Radtke (formerly of KILL HANNAH),who joined the group in 2011 as the touring guitarist to support 2010's "The Trouble With Angels". The two are experimenting with the key of C as well as drop B, relatively new sounds for FILTER.

"I'm screaming my ass off [on this new record]," Patrick said in a recent interview with The New Hampshire. "I've definitely got the aggression. I'm definitely pissed off about a lot of things in my life."

FILTER's fifth studio album, "The Trouble With Angels", sold around 6,300 copies in the United States in its first week of release to debut at position No. 63 on The Billboard 200 chart.

"The Trouble With Angels" was released on August 17, 2010 via Rocket Science Ventures.