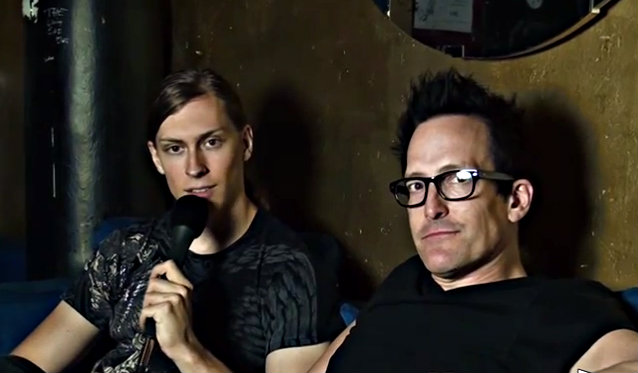 Metal-Trails.com recently conducted an interview with Richard Patrick from U.S. post-grunge band FILTER. During the 28-minute chat, which can be seen below, Patrick offers a deep-thought monologue about social responsibility, modern age heroes, humanity in society and music, being down on luck, his ADHD and his time in Iraq, harsh criticism on pop music hating, narrow-minded "trve metal" clichés and painful memories as a potential fuel for emotional songs.