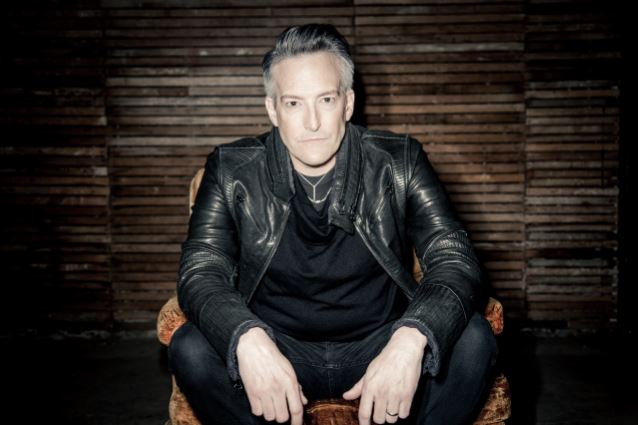 In a brand new interview with Meltdown of the WRIF radio station in Detroit, Michigan, FILTER mainman Richard Patrick was asked what it was like when his band opened for GUNS N' ROSES during the Axl Rose-fronted group's Las Vegas residency in 2012. "It was awesome," Patrick said. "You know, I was given a list of places I wasn't allowed to go on stage. We were told to play, like, ten extra songs. You know, it was wild. I was, like, 'Okay, so you want me playing for an hour and a half? Okay! Hour-and-a-half show. Okay, buddy. Strap your boots on.' But it was… It's kind of weird. 'Don't touch the pole. You're not allowed to touch the pole.' I go, 'Oh, okay.'"

Patrick, who says he's known Axl Rose for twenty years, called the GUNS N' ROSES singer "a pretty cool guy," but said that he wasn't surprised to see Rose, guitarist Slash and bassist Duff McKagan reunite last year. "Yeah, money talks," he explained. "You start running out of the cash, all of a sudden you're, like, 'I like Slash.' You just turn into that guy: 'I miss Duffy.'"

He continued: "If someone offered you seventy-two million dollars to go around the country and play songs that were written thirty years ago, you'd do it, right?

FILTER's seventh album, "Crazy Eyes", was released on April 8 via Wind-Up Records. The follow-up to 2013's "The Sun Comes Out Tonight" was produced by Patrick.