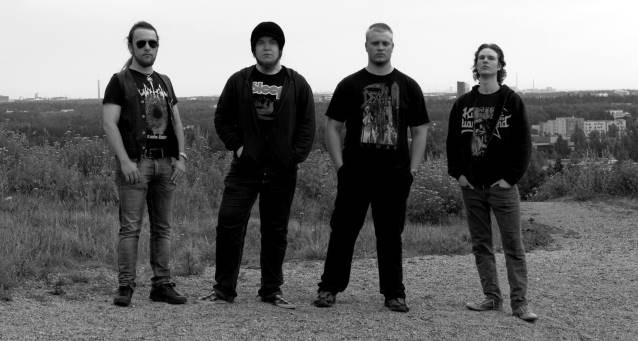 Finland's ALTAR OF BETELGEUZE To Release Debut Album Next Month

"The Spiral Of Decay", a new song from ALTAR OF BETELGEUZE, a new Finnish-based stoner/death/doom band featuring Matias Nastolin (DECAYING) on bass and vocals, Olli "Otu" Suurmunne (ex-DECAYING) on guitar and vocals, Juho Kareoja on guitar and Aleksi Olkkola (SCLEROSIS) on drums, can be streamed in the YouTube clip below. The track is taken from the band's full-length debut, "Darkness Sustains The Silence", which is scheduled for release on January 1, 2014 via Memento Mori. The CD features the artwork of Spanish artist Cesar Vallandares (KRISIUN, ASPHYX, GRAVE MIASMA) and follows up ALTAR OF BETELGEUZE's "At The Shrine Of Light" EP, which came out in early 2012.

01. Epitaph
02. A World Without End
03. The Spiral Of Decay
04. Steamroller
05. Smoldering Clouds Above Orion
06. The Approaching Storm
07. Out Of Control
08. Darkness Sustains The Silence

Matias Nastolin, bassist and singer of the band, had this to say about the "Darkness Sustains The Silence" title track: "It's a 17 minutes long, colossal and heavy track divided in four parts. The influences range from death and stoner doom to even black metal. The deep growling on this song really flows naturally along with the raspy clean vocals. It really manages to keep the listener interested all the way through, regardless of all the vastly different riffs combined together. It was a great way to close the album because it embodies most of what ALTAR OF BETELGEUZE is all about." 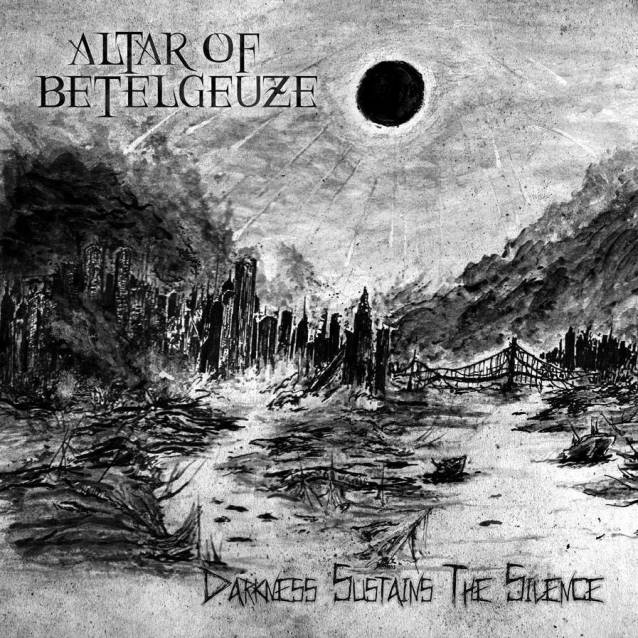 Find more on Altar of betelgeuze