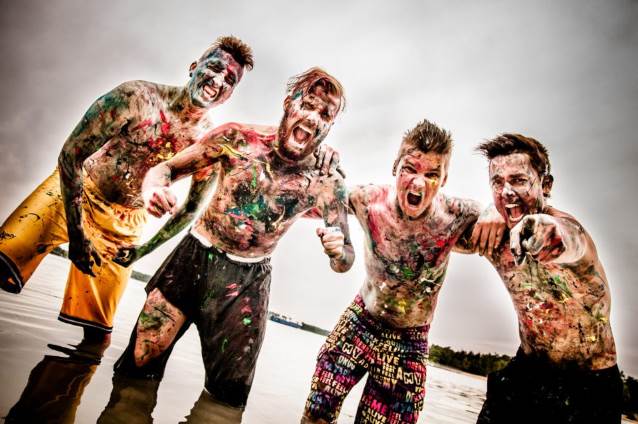 Finnish electronic alternative metal outfit AWAKE AGAIN has inked a deal with Spinefarm Records. The band is working on its debut album, to be released later in the year.

For a taste of what's to come, check out the lyric video for the song "Below". The track was mixed by Jacob Hansen, who has previously worked with AMARANTHE and VOLBEAT.

"Working with professionals like Jacob has been an amazing experience," said AWAKE AGAIN. "The song became the best and the most versatile song AWAKE AGAIN has ever released,".

Working with Spinefarm Records is another dream come true for the group. "When we were teenage heavy metal fans, it seemed like all the best metal bands at that time, like CHILDREN OF BODOM and NIGHTWISH, were on Spinefarm Records," the band said. "It feels incredible that now, in the year 2018, we belong to the same label where our idols were."

The band began its trek at the Turku Rock Academy in 2013. Founded by singer/bassist Matti Österman and guitarist Kasper Hellström, the band, which also includes drummer Markus Puranen and bassist Ville Loukola, released its first single, "Turning Point", independently in 2016. AWAKE AGAIN has been an active live band ever since, with past shows including Ruisrock and Nummirock festivals as well as support slots for the Swedish band SMASH INTO PIECES.