FIREHOUSE Members To Reform MAXX WARRIOR For One Show

Cult metal act MAXX WARRIOR will reunite for one show on January 7, 2012 at the Lincoln Theatre in Raleigh, North Carolina.

MAXX WARRIOR was highly successful on the East Coast club circuit in the early to mid-'80s. The band performed original material as well as cover songs from all of the top metal acts of the day. The group's four-song EP from 1985 (Executive Records) has become quite a sought-after collectable for metal fans worldwide.

In the early '90s, Snare and Perry went on to commercial success in the band FIREHOUSE.

This will be the first time MAXX WARRIOR has performed since 1987.

Advance tickets are available at www.lincolntheatre.com. 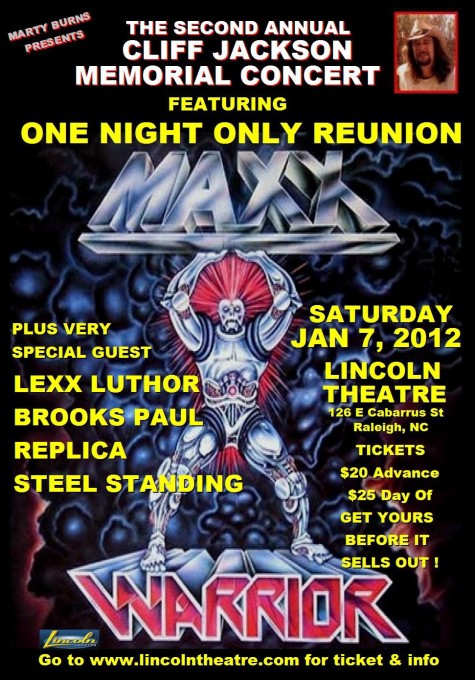