Former FEAR FACTORY guitarist/bassist Christian Olde Wolbers has joined Venice Beach, California crossover thrashers BEOWLF as the band's new bassist. The group's sixth studio effort, "Jesus Freak", will be released on December 23. The CD was produced by founding member, vocalist/guitarist Dale Henderson, and Olde Wolbers. The tracks were cut at LiL' Antwerp Studioz and Christian is credited as the engineer.

Formed in 1981 by Henderson, Michael Alvarado, Mike Jensen and Paul Yamada, BEOWLF never gained a large mainstream success, but is considered one of the first bands that defined the "Venice scene" in the 1980s, along with SUICIDAL TENDENCIES, LOS CYCOS, NEIGHBORHOOD WATCH, NO MERCY, EXCEL and UNCLE SLAM, who all played a mix of skate punk, hardcore, heavy metal and thrash.

BEOWLF split up in 1995 but reformed in 2000. The band has had numerous lineup changes and Henderson has been the only constant member. 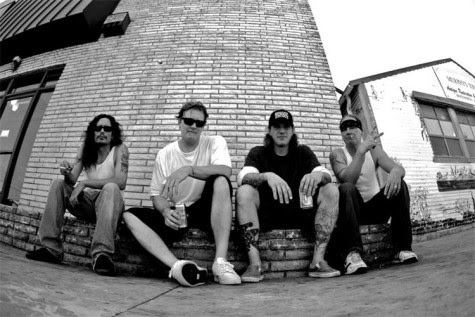 (Thanks: The Metal Den)