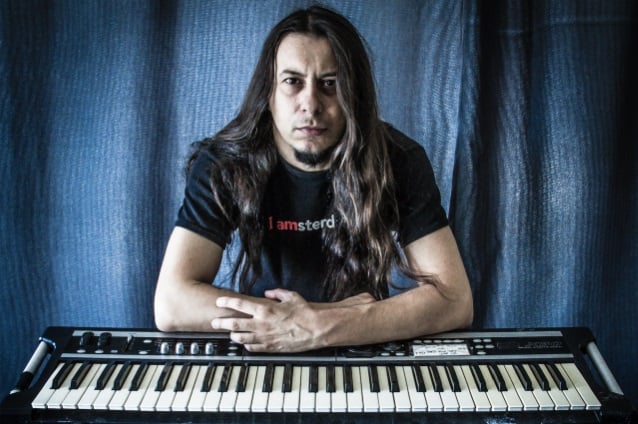 Greek multi-instrumentalist, producer, video director and composer Bob Katsionis (FIREWIND) returns with his fifth solo album called "Prognosis & Synopsis". Both a "synopsis" (summary) of his solo career so far and a "prognosis" (prediction) of where he is going to move musically in the future, the new album consists of 10 songs that were composed/recorded in a period of 15 days during August 2017.

"It was a blast of inspiration," Katsionis says. "Last August,and after finishing my duty with German power metallers SERIOUS BLACK, I was suddendly found with one month free in my hands after four or five years where I was constantly working in my studio, touring and recording other projects. So I had some wonderful vacation time in Greece and then I was sitting all day home playing games and watching movies. And suddendly... my mind cleared. I decided to start my own record label Symmetric Records and finally work on the Icon-Disc project that's been on my mind since the birth of smartphones. And, of course, play some music for my own. So every day I was just sitting on my Korg Kronos jamming, then take a break to play some virtual reality games to help me travel to different worlds, get some inspiration and give time to my music to grow inside of me and then back on my studio to record.

"I feel like this album is the most sincere, compact and mature work so far and represents me and my art at a 100 percent while leaving a bright promise for the future."

"Prognosis & Synopsis" was recorded at Sound Symmetry Studio by Katsionis, who played all the instruments except drums, which were handled by Vangelis Moraitis. The disc was produced and mixed by Katsionis and mastered by Nasos Nomikos at VU Productions in Piraeus, Greece. The artwork was once again created by French artist Aurelien Police who was also responsible for the "Rest In Keys" album cover.

"Prognosis & Synopsis" will not be available for streaming through iTunes and Spotify until further notice.

Bob has also announces a brand new format: the Icon-Disc. "The Icon-Disc is what its name simply states: a music 'disc' in the form of an icon on your phone or tablet," he says. "For decades, artists and bands were releasing their music in the form of an album: a compilation of music expression and inspiration representing a certain period of the composer's or performer's life. Even the radio was playing the singles to make people buy the album in the form of a cassette, vinyl, CD. With the recent arrival of the broadband internet, services like YouTube, iTunes, Spotify etc, feed us with tons of isolated songs, videoclips, playlists, random compilations and other cool stuff like this, BUT people are not concentrating on the album anymore. And for me the 'magic' of diving into the world of an album, surrounded by the full artwork, pictures, photos, credits, info is what turns the listeners to 'fans'. And it's the fans who are buying the albums, merchandise, special editions etc and help a band survive at this difficult period we all live and make music. And even more important, through the album, the artist himself has the chance of showcasing his full potential, present his work on a full scale and take the listener by the hand on a wonderful trip through his music.

"The idea/concept of the Icon-Disc is not something new; great artists like Bjork, Paul McCartney, Sting, Lady Gaga, Jay-Z and many more have released 'albums-as-app' but the format was never established on the market for various reasons:

* There wasn't a name for it. Putting the word 'app' next to some music it takes away all the 'music album' character and makes it something hi-tech and common like the app to order a taxi, food or an app that does something else.

* There was no actual 'format.' In order to pioneer, every app works differently: one wants you to travel through space to listen to the song, the other one is a game and another one wants you to take photos of the sun, upload them and receive your music. Something like releasing a CD in a different shape every time: one like a star and another one heart-shaped! Cool but confusing.

* Pricing. Developing a complex and original app costs a lot. And then you have your 'regular' formats on the market for sale. What will the big record stores say when they sell your CD for $15 and you sell your beautiful and shining 'app' for just $2.99?

"That's why I designed the Icon-Dis in a way that it's both user friendly and fully customizable at the same time, while our company app The Irons keeps the developing costs low enough that even a newcomer independent artist can afford."

Katsionis released his 2012 solo album "Rest In Keys" with remixed/remastered sound plus a brand new bonus track for all of you to get to know this new format and give him your feedback. In this release, you can experience some of the benefits of the Icon-Disc: 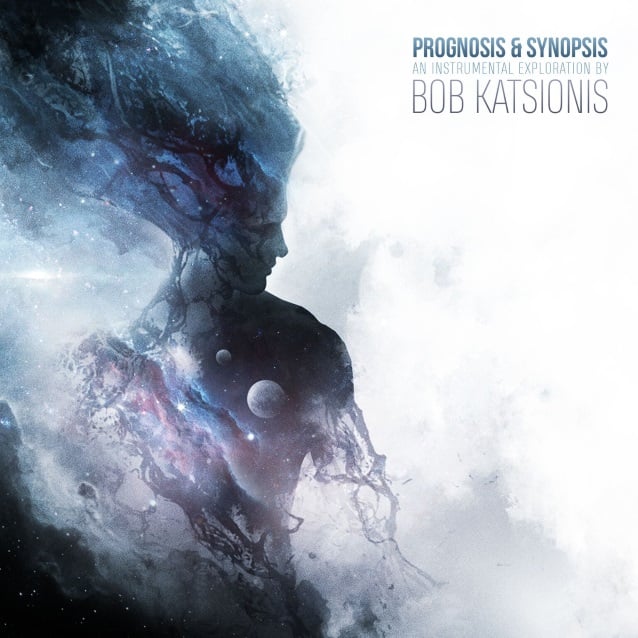