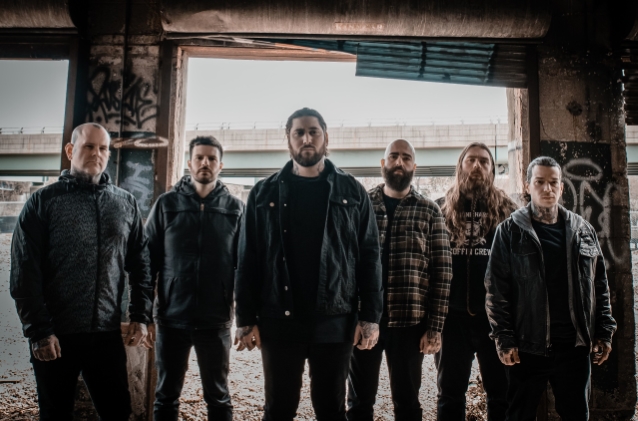 FIT FOR AN AUTOPSY Releases Music Video For 'Warfare'

New Jersey six-piece band FIT FOR AN AUTOPSY has released the official music video for the song "Warfare". The track is taken from the group's fifth studio album, "The Sea Of Tragic Beasts", which came out last October via Nuclear Blast Records (Human Warfare in Australia).

"The Sea Of Tragic Beasts" was once again produced, engineered, mixed, and mastered by guitarist Will Putney at Graphic Nature Audio in Belleville, New Jersey. The artwork was created by Adam Burke.

Putney told KillYourStereo.com about "The Sea Of Tragic Beasts": "I think this time we approached songs more themed-based as individual pieces, rather than trying to throw the kitchen sink into each track. I feel like the songs have their own identities moreso than we've done in the past, and it lets you live in those emotions for longer."

FIT FOR AN AUTOPSY has just kicked off a 28-date European tour as the support act for THY ART IS MURDER. Also appearing on the bill are CARNIFEX, RIVERS OF NIHIL and I AM.