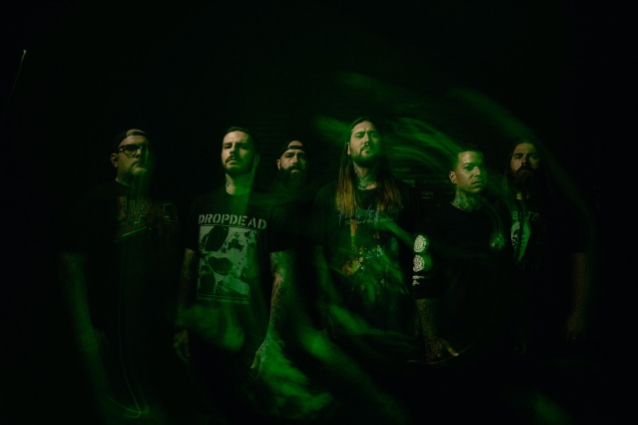 FIT FOR AN AUTOPSY, THE ACACIA STRAIN And FULL OF HELL Announce 2023 Co-Headlining Tour, BLABBERMOUTH.NET Presale

FIT FOR AN AUTOPSY, THE ACACIA STRAIN and FULL OF HELL will hit the road next year on a co-headliner tour with special guest PRIMITIVE MAN for one of the most extreme packages in recent memory.

The trek will kick off on March 8 in Brooklyn, New York and run through April 1 in Worcester, Massachusetts.

FULL OF HELL, THE ACACIA STRAIN, FIT FOR AN AUTOPSY and PRIMITIVE MAN tour dates:

FIT FOR AN AUTOPSY's sixth album, "Oh What The Future Holds", was released in January via Nuclear Blast.

Regarding how the climate of the last two years influenced the lyrical content on the record, guitarist and producer Will Putney told Knotfest: "Obviously, the last two years have been a nightmare for everyone, but a lot of the problems and hardships we're facing in this world are not new developments. We've been addressing similar topics for years now, and, unfortunately, I feel that generally nothing has changed for the better. Looking ahead towards the future, I'm really not very optimistic our course will change. I think it's important for us to continue to address what's broken in this world, so that bleak and dark atmosphere to our music is probably going to stick around."

THE ACACIA STRAIN's eighth album, "Slow Decay", was released in July 2020 via Rise Records. It included all the songs in the seven inch and digital single drops that were released between February and June of that year, as well as two previously unreleased tracks. Brooklyn Vegan called the release "a hefty dose of dark, gloomy metalcore," while Revolver proclaimed that "hell has rarely sounded so good." MetalSucks said these songs are "dynamite reminders of why THE ACACIA STRAIN are so great," while Metal Injection declared "What a great time to be alive" in reference to the new THE ACACIA STRAIN album.

The music and the rollout itself adhered to the band's very specific vision.

"The whole concept is reality breaking down around us," said vocalist Vincent Bennett about the album. "We've done our time on earth, broken through the boundaries of what reality actually is, and we're now witnessing our collective descent into madness. Lyrically and sonically, everything reflects that. You're getting the vision piece by piece. The whole theme is a slow dive. By the same token, it organically becomes one record instead of just one big push out of the gate. As soon as you think you're getting the hang of it, we throw out a wrench with the full-length. There's no evidence to suggest we're aren't actually in a living hell. The things happening around us could be out of a comic book or a movie. The idea is, 'This can't be real.' Maybe something happened. Maybe we're all dead and we don't even know it. Maybe we're just living in some augmented reality hellscape of actual planet earth." 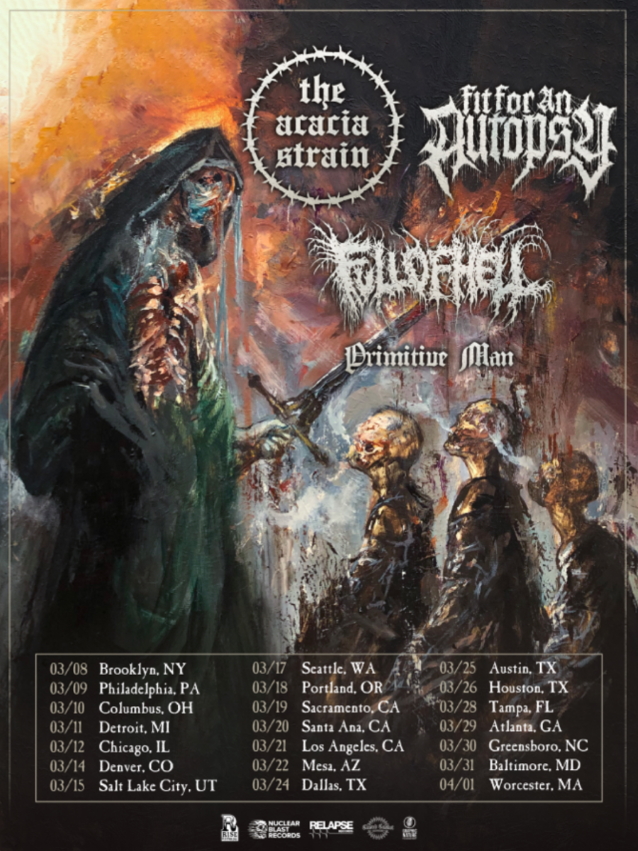