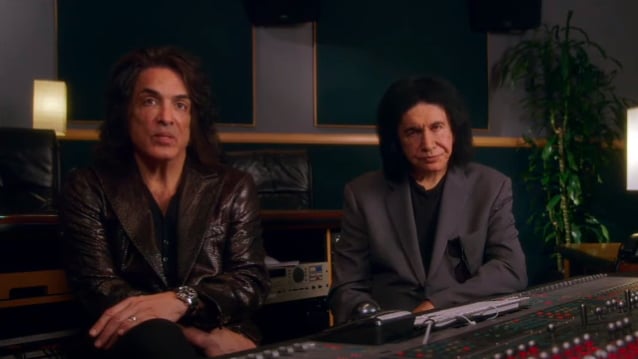 During an October 28 question-and-answer session with fans aboard this year's Kiss Kruise, KISS frontman Paul Stanley was asked what he has learned about himself through his 50-year friendship and working relationship with fellow KISS co-founder Gene Simmons. He responded (as transcribed by BLABBERMOUTH.NET): "[That's an] interesting question. Yeah, we're very different, but we certainly share a pride in what we do, a work ethic. Maybe because our parents came from Europe where I think that that's important stuff, is that pride in the work you do and to work hard for your money. Other than that, I think one of the things that took me a long time to learn — and I think Gene, by the way… I mean, he's family to me; he's a brother. I remember there were things about him that used to drive me crazy. Then I realized that that's not his issue; that's my issue. When people do things and it bothers you, you need to figure out why it bothers you, not expect them to change. It's not about them. And things that used to bother me about Gene, I just had to kind of figure out, 'Wait a minute. That's my issue that bothers me. And why does it bother me?' Because he can only be the best he that he can be; he's never gonna be me, and I'm never gonna be him. So it's just a matter of putting a lot of that stuff aside. We're not gonna change anybody else, so we need to figure out why it bothers us."

A little over two years ago, Stanley admitted to "Live From Nerdville With Joe Bonamassa" that he "didn't particularly like" Simmons the first time they met. "But there was pragmatism involved," he said. "You have to prioritize and figure what's most important to you to reach your goal. And I knew that Gene and I were much stronger together than me alone. I'm not really sure that he knew that, but that became irrelevant. It was, 'How do I get where I wanna go? How do I achieve what I want?' And Gene was essential to it. And here we are 50-plus years later. It's astounding. We've created something that seems like it will outlast us."

KISS's farewell trek was launched in January 2019 and was originally scheduled to conclude on July 17, 2021 in New York City but is now expected to last through at least early 2023.