"A Decade Of Destruction - Volume 2" includes four previously unreleased tracks: "Broken World", a Steve Aoki remix of "Bad Company", a Joe Hahn remix of "Wash It All Away", a Felmax remix of "Trouble" and a new acoustic version of "Wrong Side Of Heaven".

FIVE FINGER DEATH PUNCH's latest album, "F8", was released in February. The follow-up to 2018's "And Justice For None" capped a turbulent period for FIVE FINGER DEATH PUNCH in which singer Ivan Moody finally got sober after a near-fatal struggle with addiction, while co-founding drummer Jeremy Spencer bowed out of the band due to physical issues.

In an interview with Berlin, Germany's Star FM, FIVE FINGER DEATH PUNCH guitarist Zoltan Bathory spoke about the inspiration for the title of "F8". He said: "Originally, we were just gonna call it '8', sort of. We thought it's the eighth record, and if you wanted to be esoteric about it, we figured, well, if you turn the '8' sideways, it's the symbol of infinity. There was some play with the visuals. I do most of the design and the graphics for the merch in the band in general… So, I was playing around with the graphics and I thought it maybe needs a bit more. And we were bouncing around ideas, and we added the letter 'F.' So it was, like, FIVE FINGER DEATH PUNCH's eighth record. At the same time, if you want to read it phonetically, it could be 'fate.'" 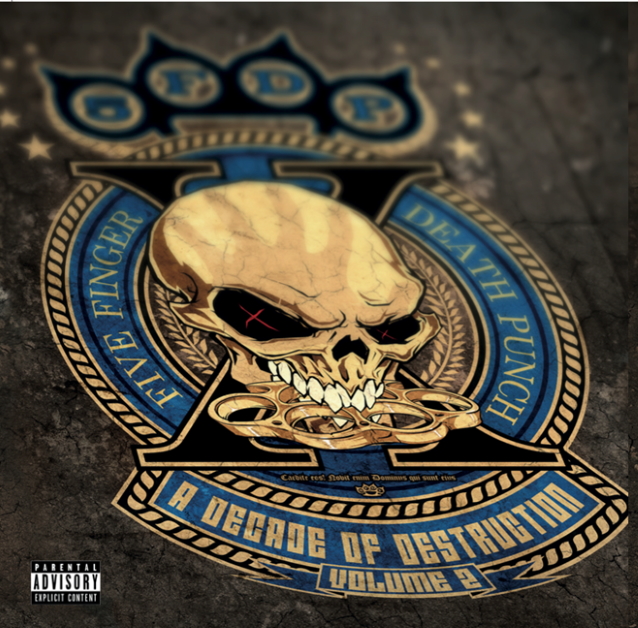