Las Vegas-based metallers FIVE FINGER DEATH PUNCH will release their sixth full-length studio album, "Got Your Six", on August 28. To promote the CD, the band will embark on a North American co-headlining tour with PAPA ROACH this fall. Also appearing on the bill will be IN THIS MOMENT and FROM ASHES TO NEW.

Coinciding with the tour announcement today, the bands have launched a special video message, which contains a preview of FIVE FINGER DEATH PUNCH's new single, "Jekyll And Hyde", to be made available at radio in the coming weeks.

With ten No. 1 singles and over twenty five Top 10 singles between them, millions of video streams and fans all over the globe, FIVE FINGER DEATH PUNCH and PAPA ROACH have been dominating the airwaves throughout their careers.

Larry Frank, CEO of tour producers Frank Productions/NS2, notes: "FIVE FINGER DEATH PUNCH and PAPA ROACH are the two most dynamic live rock bands touring today. We can't wait to blow away fans across the U.S. with a show this huge."

In an innovative move, FIVE FINGER DEATH PUNCH and PAPA ROACH actively involved the fans by giving them the opportunity to request the tour come to their city via a "demand campaign." An overwhelming 1.5 million people responded to the call to action and made their voices heard.

Says Zoltan Bathory (guitar) of FIVE FINGER DEATH PUNCH: "This tour is shaping up to be the perfect storm.

"We are really good friends with PAPA ROACH so for years we've been talking about touring together and it's finally coming together in a big way.

"Both FIVE FINGER DEATH PUNCH and PAPA ROACH are bands of the people — our fans are who propelled us to success. So what better way than to give the fans ownership in the tour?

"In the world of Wikipedia and Kickstarter, where crowdfunding and crowdsourcing has become the standard of community effort and the new way of making things happen, this might quite possibly be the future of touring — you simply ask the fans where they want you to go."

Adds PAPA ROACH singer Jacoby Shaddix: "We are super excited to be sharing the stage on this co-headliner with FIVE FINGER DEATH PUNCH. This will give PAPA ROACH the chance to put on the best, most epic live show to date. Our fans are going to be so stoked for these shows coming up. We seriously can't wait to get out on the road for this tour."

Maria Brink (vocals) and Chris Howorth (guitars) of IN THIS MOMENT noted: "We are beyond excited to tour North America with our good friends FIVE FINGER DEATH PUNCH and PAPA ROACH! Our bands have known each other for a long time and have done various shows and tours together over the years, but we've never combined forces like this. It's big and it's beautiful, faces will be melted, souls will be crushed — this is definitely a tour not to be missed!"

Vocalist Matt Brandyberry of FROM ASHES TO NEW says: "We are beyond ecstatic to be a part of such an amazing lineup. This honestly, is a dream come true for us to be playing with such inspirational artists. We can't thank everyone enough for believing in us as musicians and giving us the chance to show the world what we are made of!"

Exclusive FIVE FINGER DEATH PUNCH and PAPA ROACH ticket and VIP pre-sale start on Wednesday, May 20 at 10:00 a.m. EST. General public onsale for most shows will start on Friday, May 22 at 10 a.m. local time.

"Got Your Six" was once again helmed by Kevin Churko, the Canadian record producer/engineer and songwriter who currently lives in Las Vegas, where he works out of his private studio, The Hideout Recording Studio.

FIVE FINGER DEATH PUNCH drummer Jeremy Spencer spoke about the band's new material in a recent interview, saying, "I'm digging it, man. It's actually more brutal, with more extreme dynamics. There are some really mellow parts and then some really brutal parts. So we're running the whole gamut of sounds." 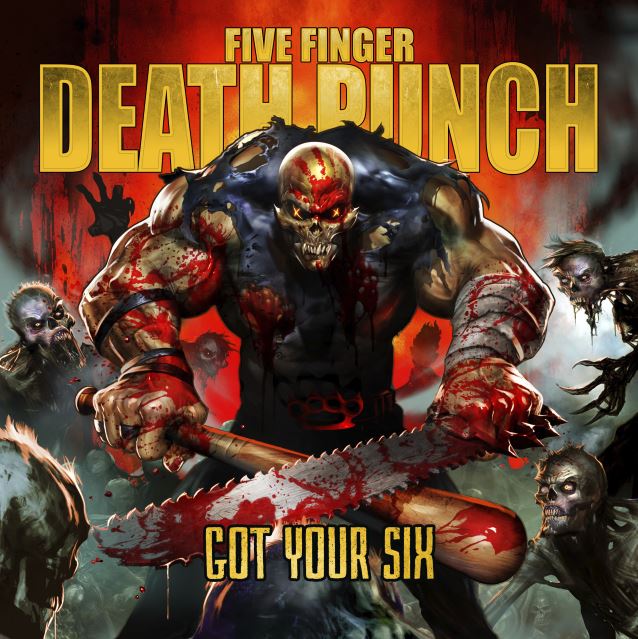 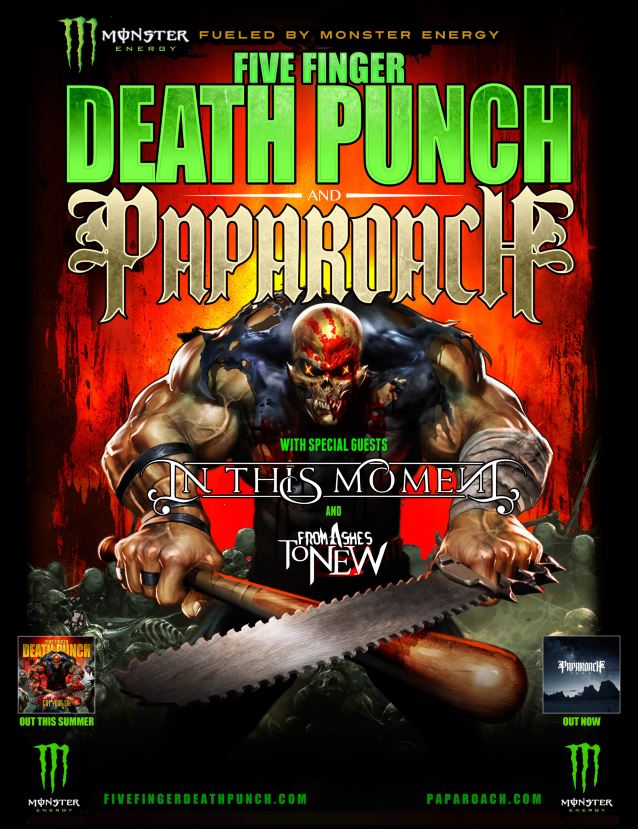