FIVE FINGER DEATH PUNCH To Finish U.S. Arena Tour With PHIL LABONTE Of ALL THAT REMAINS On Vocals

Says Zoltan Bathory, guitarist of FIVE FINGER DEATH PUNCH: "Ivan is our brother and we fully and wholeheartedly support him taking care of himself so he can get well as soon as possible. We discussed possibly canceling the remaining shows but the responses from the other bands on the tour were so overwhelmingly supportive that we decided to move forward and deliver the great night to the fans that they expect.”

Adds James Michael, vocalist for SIXX:A.M.: "All of our hearts are with Ivan right now hoping for a speedy recovery. Phil is an excellent frontman and vocalist who stepped forward in solidarity to Ivan without a moment of hesitation. Fans are in for some special treats and surprises. I'm really excited about the show tonight."

Labonte, the vocalist of ALL THAT REMAINS, a former Marine and close friend of Moody, once before saved the day for KILLSWITCH ENGAGE in 2010 when their singer at the time, Howard Jones, left the band mid-tour. Labonte says: "I got their six and stepped up right away. I'm honored to be able to help FIVE FINGER DEATH PUNCH to finish their tour and give Ivan a chance to take care of himself. I did the same for KILLSWITCH ENGAGE years ago. I was humbled to get the call and get a chance to play in front of such a great audience."

In an unprecedented move of solidarity, artists from the four-band bill of the tour have vowed to finish the dates on a high note and stand behind Ivan in his endeavor to get well. Tonight's FIVE FINGER DEATH PUNCH show at the Wells Fargo Center in Philadelphia will feature guest performances by Phil Labonte of ALL THAT REMAINS, James Michael, vocalist of SIXX:A.M. and AS LIONS, the U.K. newcomers fronted by Austin Dickinson.

The remaining dates of the tour are as follows: 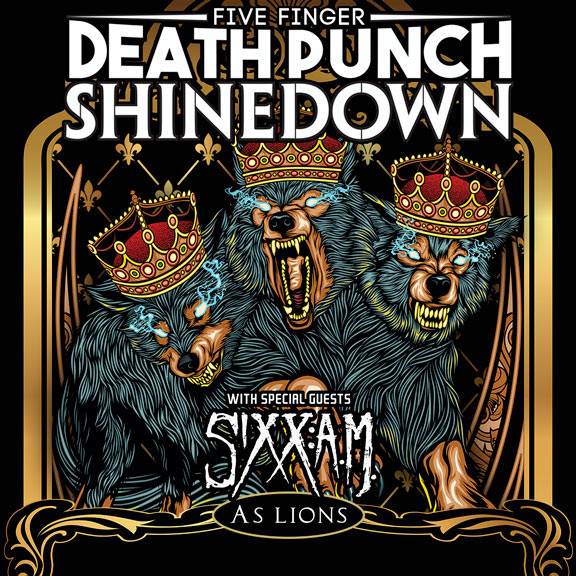