FIVE FINGER DEATH PUNCH has been confirmed as direct support on the Australian leg of BLACK SABBATH's "The End" tour. Also scheduled to appear on the trek is RIVAL SONS. 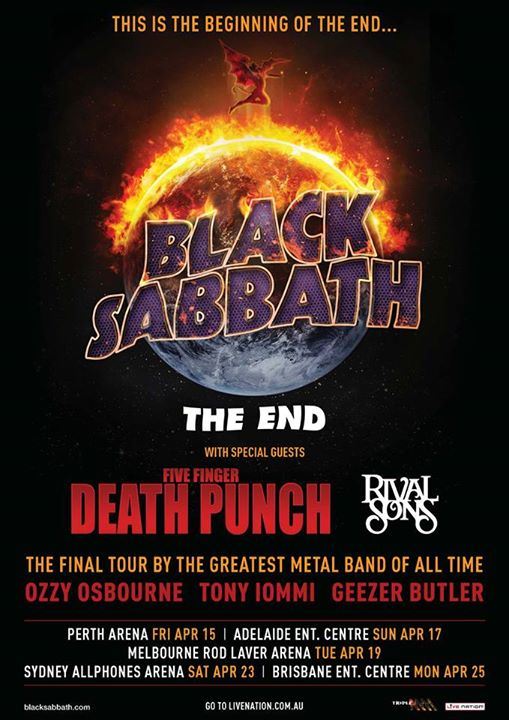