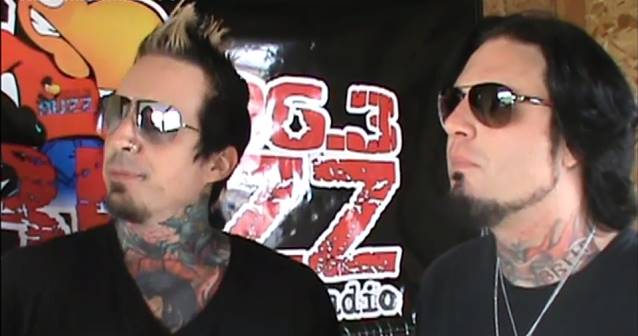 John B. Logsdon (a.k.a. Johnny Thrash) of the Wichita Falls, Texas radio station KBZS-FM / 106.3 The Buzz conducted an interview with drummer Jeremy Spencer and guitarist Jason Hook of Las Vegas metallers FIVE FINGER DEATH PUNCH at the Rocklahoma festival, which was held May 23-25 at "Catch the Fever" Festival Grounds in Pryor, Oklahoma. You can now watch the chat below.