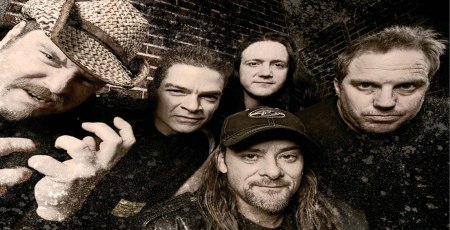 FLOTSAM AND JETSAM 'Four Songs Into Pre-Production' For New Album

Long-running Arizona metallers FLOTSAM AND JETSAM are "four songs into pre-production" for their new album, tentatively due in late 2012/early 2013. The band is hoping to complete all songs by the middle of the summer.

Several photos from the studio can be seen at this location.

Funding for the next FLOTSAM AND JETSAM album is being aided by the PledgeMusic.com project, which encourages fans to contribute funds to the recording of albums and the artists themselves to donate to charity as a part of their fundraising.

FLOTSAM AND JETSAM's latest album, "The Cold", was released in Europe in February 2011 via Nuclear Blast. The CD's cover artwork was created by Travis Smith, who has previously worked with OPETH, NEVERMORE, AMORPHIS and KING DIAMOND, among others.