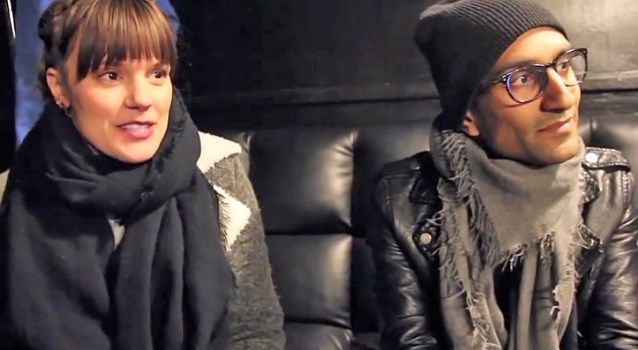 Piper of KidsInterviewBands.com conducted an interview with Kristen May and Sameer Bhattacharya of FLYLEAF on February 18 at the Newport Music Hall in Columbus, Ohio. You can now watch the chat below.

FLYLEAF's fourth studio album, "Between The Stars", sold 8,200 copies in the United States in its first week of release to land at position No. 33 on The Billboard 200 chart. The CD was released on September 16, 2014 via Loud & Proud Records.

"Between The Stars" was recorded over a four-week period at a Los Angeles studio with producer extraordinaire Don Gilmore (PEARL JAM, LINKIN PARK, BULLET FOR MY VALENTINE).