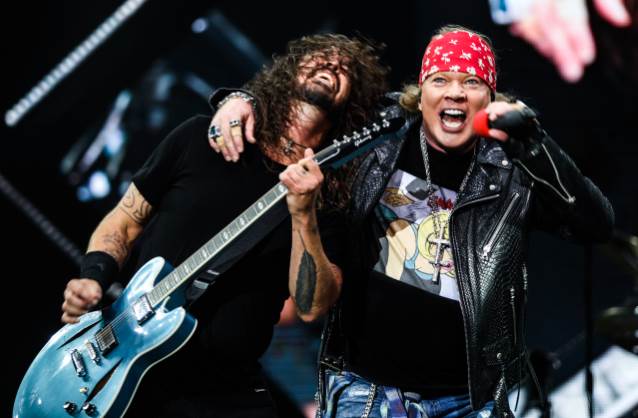 After one of the first shows on GUNS N' ROSES' "Not In This Lifetime" tour in April 2016, Rose tweeted his gratitude, crammed full of emoji and exclamation points, at Grohl, who lent the then-injured GN'R singer the throne he had used on a FOO FIGHTERS tour one year earlier.

GUNS N' ROSES is currently on the road playing 27 dates through the end of the year, and will close 2018 in Johannesburg, South Africa on November 29. 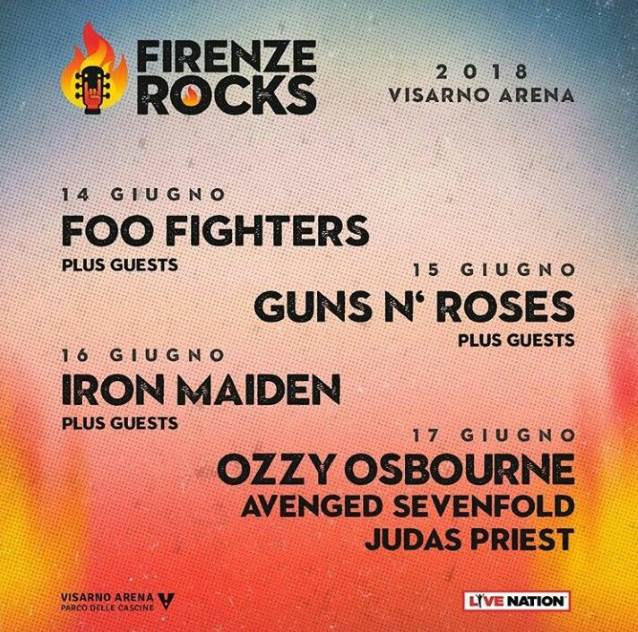