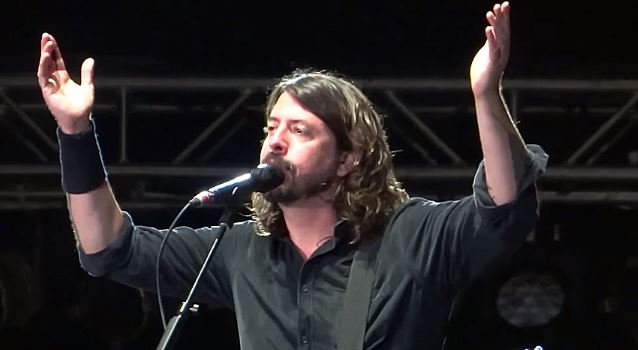 Bob "Moz" Moczydlowsky, the recently appointed head of music at Twitter and former senior vice president of product and marketing at Topspin Media, has posted a short snippet of some new FOO FIGHTERS music. Check it out below.

The recording of the 44-minute disc took place in iconic studios in eight different cities around the United States, with the FOOs also collaborating with and interviewing local artists in each region. The eight-episode HBO series will follow the band to a different location each week.

Dave Grohl says in the trailer, "I really believe the environment in which you write or record an album influences the musical result."

At another point in the trailer, Grohl remarks, "This is a musical map of America. It's a chronicling of our journey to unravel our musical identity."

The series premieres on October 17, while the album will arrive on November 10.