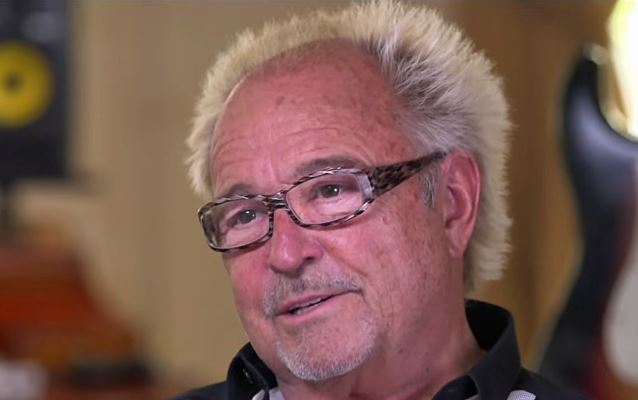 FOREIGNER Is In Talks With LOU GRAMM About 40th-Anniversary Celebration, Says MICK JONES

FOREIGNER guitarist Mick Jones was interviewed by rock journalist Mitch Lafon for a recent edition of the "One On One With Mitch Lafon" podcast (Facebook page). You can now listen to the chat using the Spreaker widget below.

Speaking about his relationship with former FOREIGNER singer Lou Gramm, Jones, who is the sole original member of FOREIGNER still recording and touring with the band, said: "I think at the bottom of everything, all the way through all that, all through the changes that came in the '90s and etcetera, I think, nevertheless, we had sort of a kind of a love for each other that was deeper, that was born out of the intensity of what we went through, or had been through for the last eight or nine years [prior to the band's initial split with Gramm]. I could never sort of look at it that way, but eventually, it did start to get to me, just the noise that was coming out of his camp [about his solo career], really. And so that led to the first major breakup, and things continued… We were estranged after a while, but deep down I always had a great love for Lou, as a friend, as a coworker, as a musician, vocally, and as a lyricist too. It was just a tough, tough period — and unnecessary in a way, but I think also what fueled it was that both of us had a few little adventures in the drug area, and alcohol, I would have to say as well, has contributed perhaps. We managed what we were doing very, very well at the beginning, considering the expectation and the stress. But I guess the top had to come off it at some point, and it kind of did."

Asked if there is any chance of Gramm returning to FOREIGNER for some special shows to celebrate the band's fortieth anniversary, Jones said: "Well, it's quite possible. We've actually been talking about it. I'm not at a point where I can say it's definitely gonna happen, but we're all working on trying to make it happen. So it's kind of exciting. And hopefully it'll be feasible and possible to pull it off next year."

He continued: "Lou and I have communicated, and, of course, we got together when were beneficiaries of the Songwriters Hall Of Fame award [in 2013]. And since then, we've kept up sort of a loose communication, as I have actually also with Ian McDonald [rhythm guitar], Al Greenwood [keyboards], Dennis Elliott [drums] and Rick Wills [bass]. So, yeah, as I say, we're in the early stages, but we're trying to put something together to commemorate… It's scary when I say… forty years. [Laughs]"