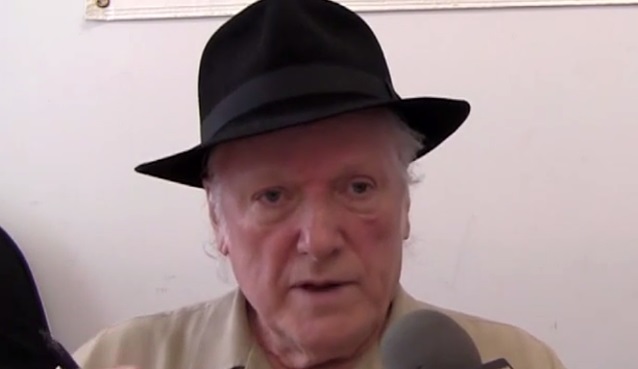 Former ALICE COOPER guitarist Dick Wagner was hospitalized on July 8 after he complained of breathing problems. He has since undergone surgery to have artery cleaned up and has gained 30 percent better blood flow, but was still suffering from a severe lung infection after the operation. He remains under observation.

Back in 2007, Wagner suffered a serious heart attack but made a full recovery and returned to the stage five years later.

Dick was most notably the guitarist and co-writer of many of Alice Cooper's biggest hits but was also featured on KISS' "Destroyer" and AEROSMITH's "Get Your Wings".

Wagner was Alice Cooper's right-hand man on the albums "Welcome To My Nightmare", "Goes To Hell", "Lace And Whiskey", "From The Inside" and "DaDa", helping in songwriting, composing, production and playing lead guitar. He also contributed to the making of "School's Out", "Billion Dollar Babies", "Muscle Of Love", "Hey Stoopid", and Alice Cooper's latest album, "Welcome 2 My Nightmare".

In January 2012, Wagner released his book, "Not Only Women Bleed: Vignettes From The Heart Of A Rock Musician", as a Kindle edition. It features a foreword by Cooper.