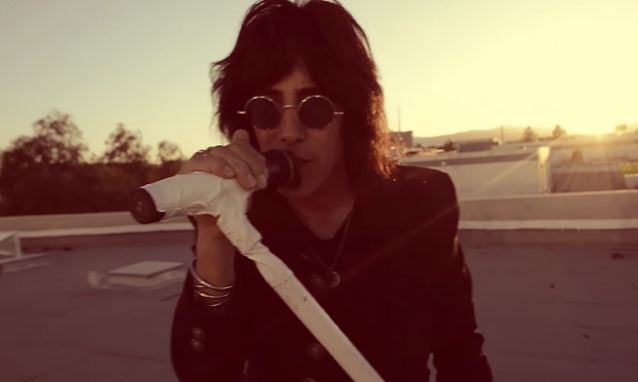 The song "Sweet Sensation", taken from "Old Habits Die Hard", can be streamed below.

While Frank is undoubtedly DIMINO's mastermind, "Old Habits Die Hard" sees him collaborate with some heavyweights of the Las Vegas music scene, where he currently resides. Under the production of Paul Crook (MEAT LOAF, ANTHRAX),the album sees the participation — among others — of Oz Fox (STRYPER),Eddie Ojeda (TWISTED SISTER),Rickey Medlocke (BLACKFOOT, LYNYRD SKYNYRD),Pat Thrall (HUGHES/THRALL),Jeff Duncan (ARMORED SAINT),Jeff Labansky, former ANGEL bandmates Punky Meadows (on guitar) and Barry Brandt (who co-wrote with Frank the song "Even Now") and many others.

Frank says: "It all started because of the relationships between Ken Ciancimino, Paul Crook, myself and the musicians that appeared on the album. I started writing songs with Oz Fox and Jeff Labansky and then Paul suggested we use John Miceli (drums) and Danny Miranda (bass) as our rhythm section and Justin Avery for keys and background vocals because of his relationship from playing with them for MEAT LOAF. When the recording started, our friends wanted to be part of it and one after the other Pat Thrall, Punky Meadows, Eddie Ojeda, Rickey Medlocke and Jeff Duncan provided their amazing musicianship to the album. I feel truly honored to have had all these great musicians be a part of this project!"

Frank DiMino was the frontman for ANGEL in the second half of the '70s. The band was discovered by KISS bass player Gene Simmons who got them signed to Casablanca Records, where they released five critically acclaimed studio albums and a live LP. After the band's demise, DiMino went on to collaborate with UFO's Paul Raymond and worked as a singer on soundtracks, scoring a platinum album for the inclusion of his song "Seduce Me Tonight" with CYCLE V on the "Flashdance" soundtrack.

"Old Habits Die Hard" is going to take many by surprise, as it is definitely not a nostalgia fest, but really a rather compelling and inspired hard rock release. Frank says: "I'm excited to reach new fans as well as many ANGEL fans. There is certainly a connection between then and now, and that is still about making a great record with great musicians!"

The video for "Rockin' In The City" can be seen below. 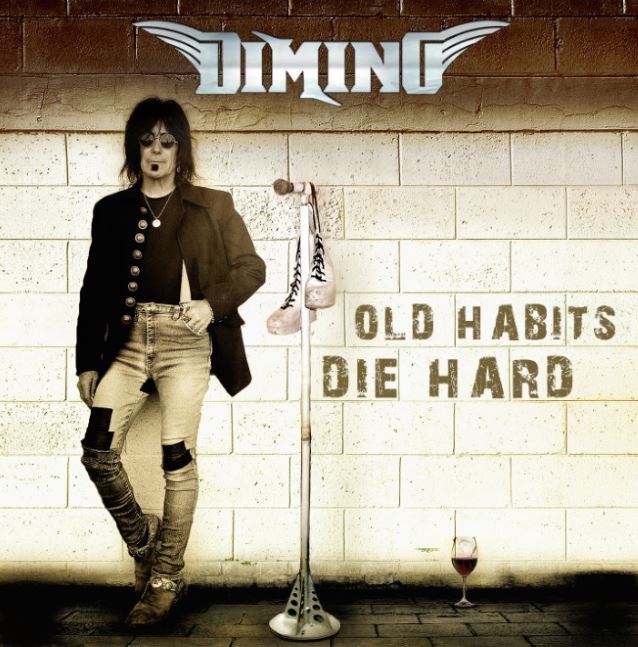