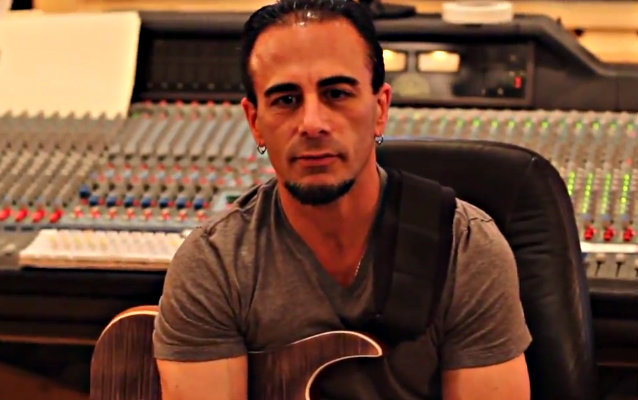 According to Jose Lambiet's GossipExtra.com, former ANTHRAX and current RED LAMB guitarist Dan Spitz was arrested early Christmas morning at his house in Florida on suspicion of domestic violence.

The 50-year-old musician was picked up by Palm Beach County Sheriff deputies and booked in to the county jail about 5 a.m. after an argument with his wife of seven years, Candi.

According to the police report, Spitz and his wife — who have autistic twins — got into a physical confrontation at their Lake Worth home after drinking heavily on Christmas Eve. It is alleged that Dan wrapped his hands around Candi's neck and tried to choke her, leaving visible bruises on her neck.

The guitarist, who told the deputies that his wife assaulted him first, sustained scratches on his chest, neck and arms.

Candi's mother described Dan as "very aggressive" toward Candi and told deputies she heard her daughter scream, "I can't breathe." The mother did not witness the physical confrontation, which allegedly took place in the couple's bedroom.

The couple argued over another man that Candi dated when she and Spitz were briefly separated last year.

Spitz was released on his own recognizance yesterday afternoon.

Dan and his wife's twin sons were born in 2007 and both have since been diagnosed with autism. During that time, he has used his celebrity to help raise awareness about the disorder, particularly among those within the music community. Additionally, Spitz and his wife are strong supporters of Autism Speaks and have been featured in one of the organization's videos promoting its autism walks.

Dealing with autism hasn't been the only challenge Spitz has faced in recent years. In 2009, he underwent open-heart surgery to repair a main artery in his heart that was said to be "almost completely closed."

Spitz is a born-again Christian and Messianic Jew and in interviews has frequently cited his faith as an influential component to his life.

RED LAMB's self-titled debut album was released in February 2012 via iTunes. The 12-song effort was co-produced by Dave Mustaine (MEGADETH) and Spitz and is described in a press release as "explosive hard rock, pop punk, alternative rock, with a taste of thrash."

ANTHRAX drummer Charlie Benante and his wife were arrested on July 27, 2012 at the Hilton Garden Inn in Elkhart, Indiana for domestic battery in front of a child. The drummer later issued a statement through his attorney claiming that he "was assaulted several times during an altercation that sent him to the emergency room with a gash at the back of his head that required several staples to close." 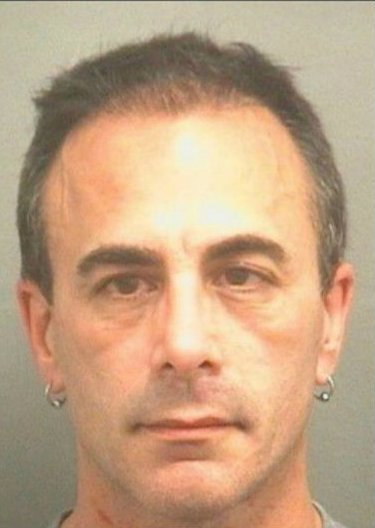