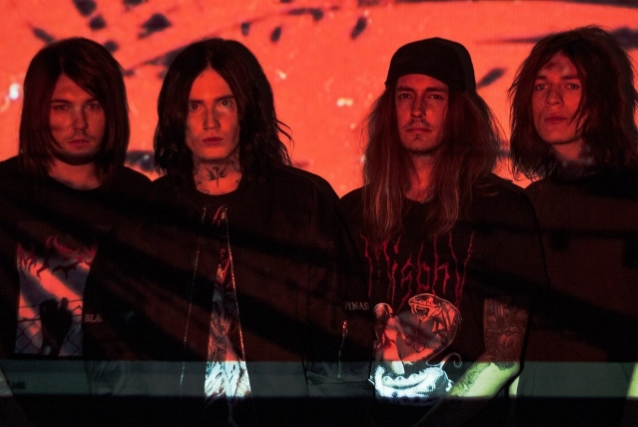 Former ASKING ALEXANDRIA singer Denis "Stoff" Shaforostov has launched a new band called DRAG ME OUT. The group's debut single, "I'm Sorry", has just been released digitally via Sumerian Records. Also available is an accompanying music video, which can be seen below.

Speaking on his new project, Denis says: "I just want to say thank you so much to my fans for staying with me through some of the toughest times of my life. Wherever I go, they would follow me til the end and that's what I cherish the most. They understand me and where I'm coming from when the change is coming, which lets me stay comfortable with myself and my music. With that being said, I would love to present the new chapter of my life and my career — DRAG ME OUT. Please, enjoy the new sound. It's made for you."

DRAG ME OUT is:

Denis recorded one album with ASKING ALEXANDRIA, "The Black", before exiting the band in October 2016. Guitarist Ben Bruce said in a video message that Shaforostov had "just stopped talking to us."