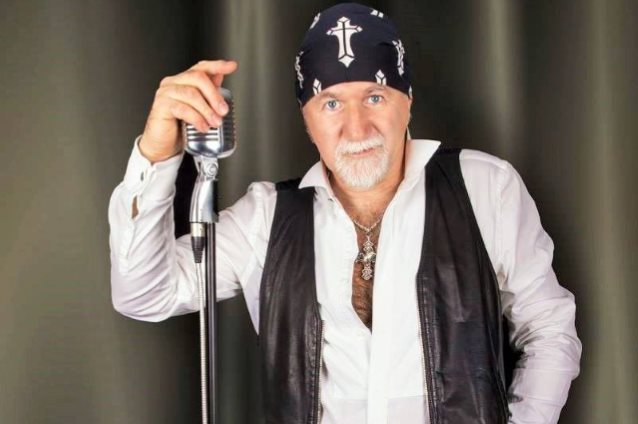 Former BLACK SABBATH singer Tony Martin has officially commenced work on his long-awaited third solo album. Teamed with drummer Danny "Danté" Needham of TONY MARTIN'S HEADLESS CROSS and VENOM, and American guitarist Scott McClellan, Tony's new collection of songs currently has the working title of "Thornz". It was previously going to be released as "Book Of Shadows", but that title was dropped because of other works under the same name.

According to Martin, his new material is heavier than he has attempted in the past due to the prolific writings of unknown guitarist Scott McClellan who contacted him by chance on social media some four years ago. Scott sent Tony a guitar track to check out and this chance meeting grew into a very productive writing period that has resulted in this solo release for Martin.

Tony said: "Scott really surprised me with his energy. I found that I could pull out the riffs that really work for my voice, so I was more than happy to have him involved in the 'Tony Martin project.'"

"Thornz" is expected to include ten tracks, mostly written by Martin and McClellan and some by Martin alone. Apart from the title track — the story of a woman struggling with being abused — there is the previously cited "Book Of Shadows" still in the track list along with "No Shame At All", "As The World Burns" and "Damned By You", among others.

Martin's new material is missing keyboards completely in favor of guitar-based riffs. The singer says that it "was hard to lose" his onetime BLACK SABBATH bandmate Geoff Nicholls, who also played on Tony's last solo album, 2005's "Scream", and he felt he could not attempt to replace that part of the sound.

Martin says that, at 60 years old, "Thornz" is likely to be his last solo project, but doesn’t rule out future embellishments to his solo career. He added that it would not affect any reconnection with SABBATH guitarist Tony Iommi, if and when that happens.