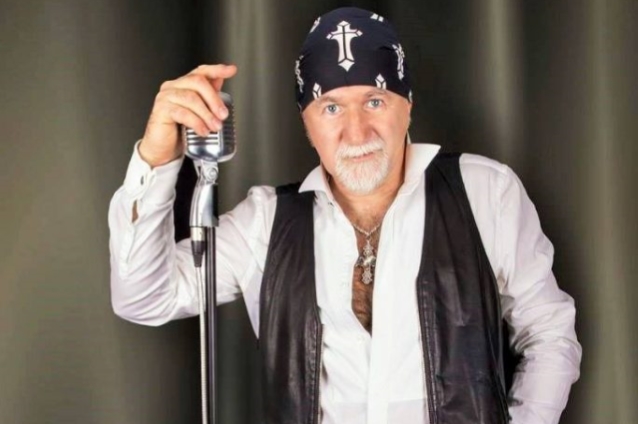 Martin wrote on his Facebook page: "HEADLESS CROSS …. Ok... so I wasn't going to say anything yet but the guys have already posted about it so now I have to explain.... I have been rehearsing with my band to initiate the new keyboard player Eddie George. After the death of Geoff Nicholls it has been hard for me to fill the gap that will always be where Geoff stood... He was a big part of what I did with SABBATH and beyond... SO … to that end I spoke with Eddie George who was actually in a band with me many years ago called the ALLIANCE … he is a great player and friend. This was the first step to introduce him to the band and the music and the huge task of filling the role that I need to have on stage and potentially on recordings. … I need to give Eddie the space to feel comfortable with the role so I wasn't going to announce anything officially. In due course I will let you know more details of what we will be doing … that is if the guys DON'T POST IT FIRST!!!!!"

Three years ago, Iommi told I Heart Guitar that "it's a shame" that "it took a lot for people to accept" Martin as SABBATH's vocalist. "It's taken all these years later for people to say, 'Oh blimey, that was a good band with good singing.' So it took a long time to get people to really realize how good it was."