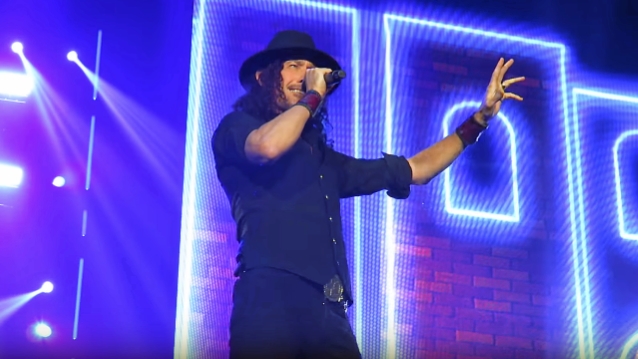 Former CANDLEMASS singer Mats Levén has shared a short audio snippet of some of the new solo music he is working on. The song in question, which can be heard in the video below, features Martin "Axe" Axenrot (BLOODBATH, OPETH, WITCHERY) on drums and Nalley Påhlsson (TREAT, THERION) on bass. "And the rest is me, basically," Mats says.

According to Levén, he didn't want to work on his solo material while he in CANDLEMASS because he "didn't wanna kind of interfere."

Some of the other tracks Mats has been working on will feature drumming by Snowy Shaw (ex-KING DIAMOND) and Petter Karlsson (ex-THERION, DIABLO SWING ORCHESTRA).

CANDLEMASS announced earlier this week that it had parted ways with Levén and reteamed with Johan Längqvist.

Since 2016, Mats has been touring with rock theater sensation TRANS-SIBERIAN ORCHESTRA, whose 20th-anniversary trek is set to begin on November 14 and visit 65 cities across North America, for 100-plus performances, before concluding on December 30.