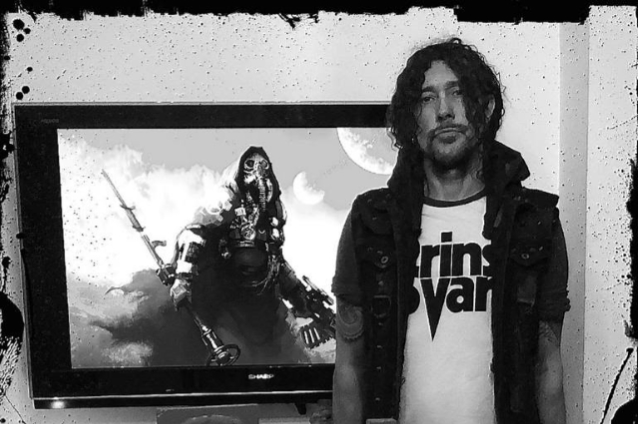 After recording more than 50 albums, Mats Levén is one of today's most-sought-after vocalists in the hard rock and metal world. Now he teamed up with Napalm Records to release his very first solo album under the name SKYBLOOD.

From a first small tour with SWEDISH EROTICA in 1989 to TRANS-SIBERIAN ORCHESTRA's massive U.S. tour in 2018, Mats has been delivering the goods around the globe with acts such as YNGWIE MALMSTEEN, THERION, CANDLEMASS, GUS G., TREAT, ADAGIO, KRUX, FIREWIND, AT VANCE and many more.

2019 marks the 30th year for Mats as a recording artist and Napalm Records is proud to release the legend's very first solo album this year.

Levén comments on the signing: "A few days after the split with CANDLEMASS in September 2018, I was contacted by Napalm Records regarding my solo material. The timing was perfect, and today I'm thrilled to announce our partnership and the release of SKYBLOOD in the fall of 2019! SKYBLOOD is who I am and where I'm at after 30 years in this weird business. A special thanks to Sebastian Münch at Napalm. Let's do this!"

Sebastian Münch, A&R at Napalm Records, states: "With absolute pleasure and honor, Napalm Records would like to announce the signing of Mats Levén's SKYBLOOD. Over the years, Mats's distinguished vocal works have created various masterpieces; in particular for CANDLEMASS, KRUX and THERION! The new songs from the SKYBLOOD debut sound amazing and we are looking forward to a very successful album release. Mats, welcome to the Napalm family!"

Since 2016, Mats has been touring with rock theater sensation TRANS-SIBERIAN ORCHESTRA, whose 20th-anniversary trek visited 65 cities across North America, for 100-plus performances, before concluding on December 30.